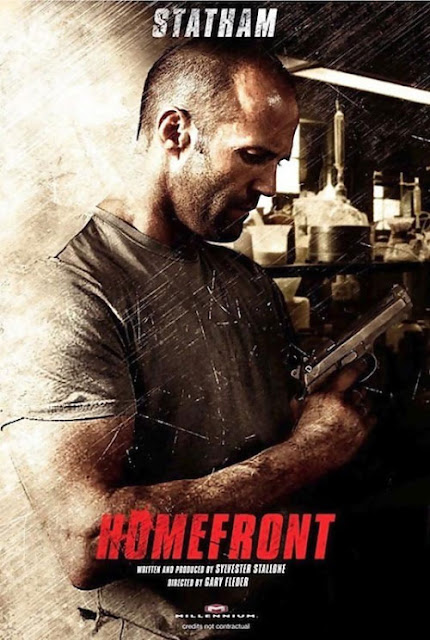 The plot is described thusly: "A former DEA agent moves his family to a quiet town, where he soon tangles with a local meth druglord."

Not a lot to go on there, admittedly, but the cast looks good. Director Fleder is an unknown quantity to me (looks like he's mostly done episodic television), but, as we all know, I'm pretty much always up for a Statham flick. Homefront is due in November.
Posted by Christopher Mills at 1:10 PM

I don't care much for Statham, but I'm somewhat curious about the film as Winona Ryder is in it.