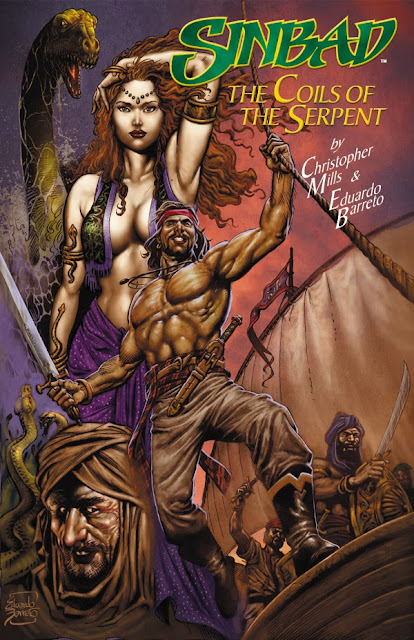 Okay... I don't know if anything's going to come of it this time, either, but there has been some forward movement on the Sinbad graphic novel that I've wanted to create with artist Eduardo Barreto (Teen Titans, Marvel Knights, Star Wars, The Shadow Strikes, Batman, etc.) for the past several years. Back in '06, we had a publisher lined up, but they disappeared off the face of the Earth once they were supposed to send contracts. We had another company that was interested, but couldn't come to terms. Up until two years ago, I was still trying to find a publisher willing to take the project on... but by then, a couple other publishers were doing their own Sinbad comics, and I just couldn't seem to put together a deal.

Then, Eduardo fell ill. Seriously ill, and it looked like my chance to collaborate with my friend - and, frankly, one of my favorite comics artists of all time - simply wasn't going to happen. He even had to reluctantly give up the Judge Parker newspaper strip, and I was very worried about him.

Well, Eduardo is apparently on the mend and feeling much better, and has contacted me, eager to start work on Sinbad: The Coils of the Serpent. I've begun sending him story pages to draw, and am eagerly awaiting the artwork. I even have a publisher that's interested in seeing it, and I'm guardedly optimistic, since this is a legit outfit and the top guy already has a history with Eduardo going back many years.

I'm not going to get my hopes up too high though - I've started on this sea voyage before, far too many times. But I've got a good feeling about it....

BTW - that image above is Eduardo's original concept art, digitally painted by Alfredo Lopez, Jr., who did the same with Joe Staton's pencils on the Femme Noir comic covers.
Posted by Christopher Mills at 5:15 AM 6 comments: 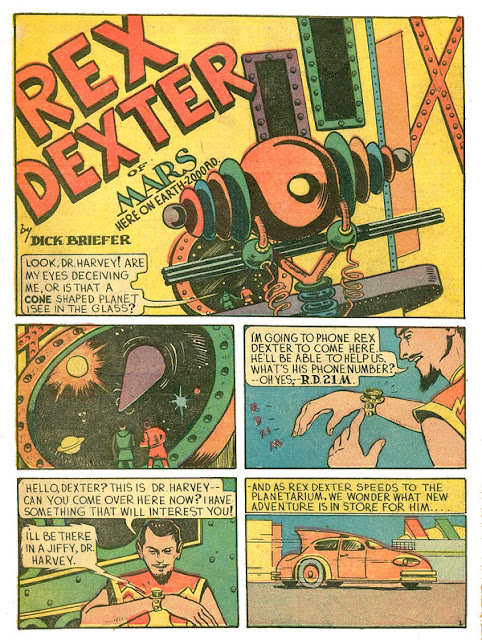 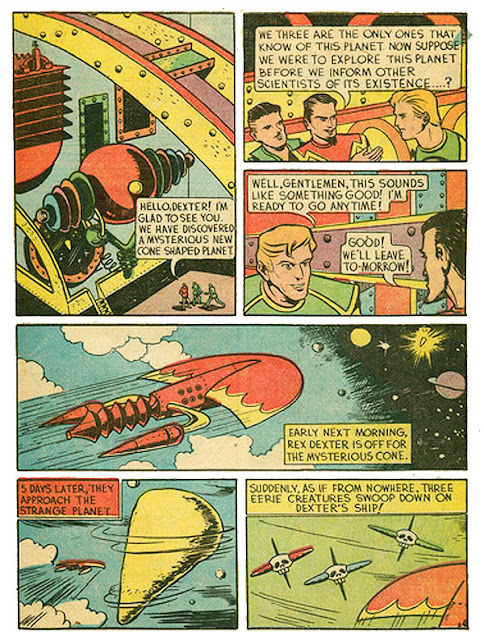 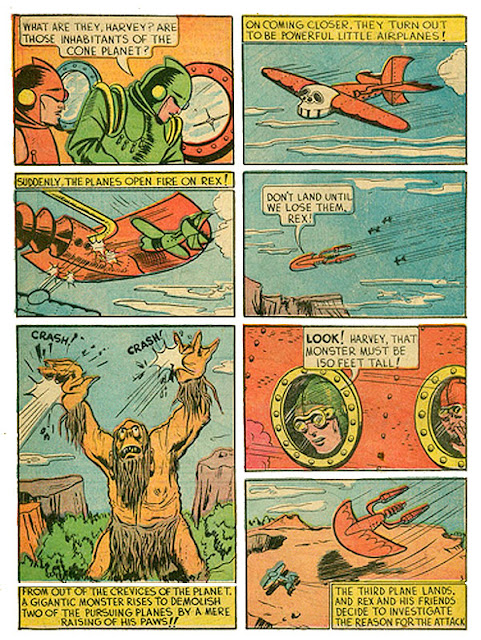 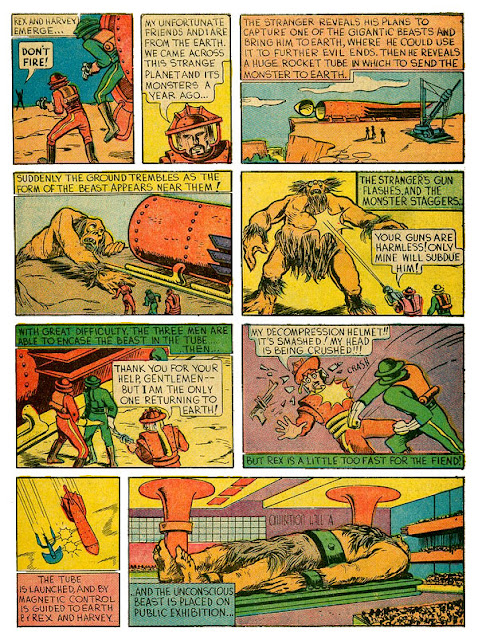 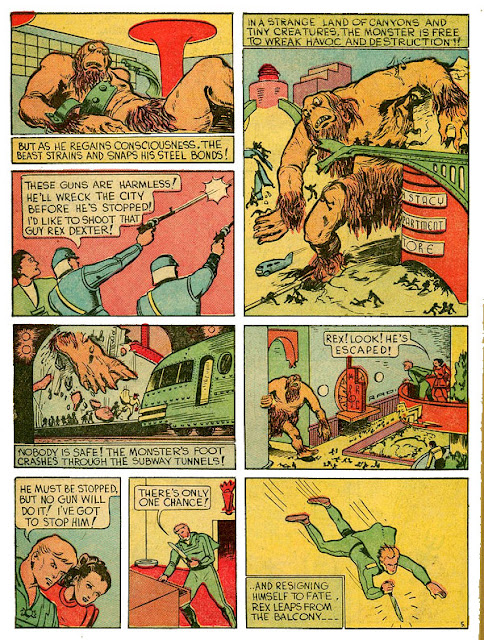 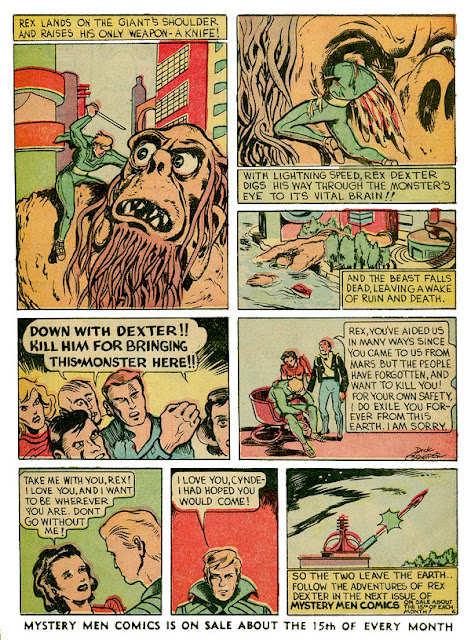 It's been a while since I've written anything for this blog. Mostly, I've been busy. The spring and early summer were not very productive times for me, but over the last month or so, I've been getting a lot more work done.

If you swing by the main Atomic Pulp site, you can catch up on some of the stuff I've got coming out in the next few months. I've got a lot on my plate at the moment - Kolchak, Captain Midnight, Gravedigger, the Femme Noir webcomics collection, a few short stories - but I also hope to get started on a few brand new projects in the fall. I'll tell you more about some of those in a month or two.

I've also been trying to keep the reviews coming over at DVD Late Show and to post regularly to my Space: 1970 blog. Both sites have fairly large regular audiences, and in the case of the sci-fi site, I'm having a lot of fun indulging my childhood nostalgia for old school space operas.

As for this blog, I've got plans to write about some favorite old B-movies that don't quite fit in over at the aforementioned sites, and intend to write more about comics in general. The big challenge is making time to do so.

In addition to the time-consuming work activities mentioned above, I've been trying like hell to carve out more time to read for fun. I've got a small stack of new books to read, and a larger pile of old books that I want to re-read. My 70s sci-fi blogging got me interested in re-reading some old Alan Dean Foster Star Trek and Star Wars books, so I've been reading some of those. I also have a couple of Robert Crais crime novels and the fifth Young Bond novel by Charlie Higson close at hand. It's killing me that I still haven't picked up the second Spillane/Collins Mike Hammer novel, The Big Bang. I can't afford it right now, but I'm dying to read it.

I'm also trying to read more comics - I can't afford new ones, but I've got a huge collection to revisit, and I've been trying to do so. For example, I just re-read Chris Claremont and John Byrne's X-Men "Dark Phoenix Saga," and if modern super-hero comics were still written like that, instead of as boring TV shows - I'd probably make a lot more of an effort to buy and read them. I also got my hands on cheap back-issues of Dark Horse Comics' 80s reprints of the Golden Age Spacehawk comics by Basil Wolverton. Man, what fun!

Let's see -what else have I been doing since I last checked in here?

My wife and I have been watching the 90s adventure series The Pretender on DVDs rented from Netflix. It's a fun show. We also recently watched Judd Apatow's Funny People (okay character study, but too long), The Golden Compass (nice world-building, but the story was kinda "meh" - Brandi says the books are better), Hot Tub Time Machine (fun), and the remake of The Wolfman, which I found disappointing. Between these flicks, we've been renting and watching old Doctor Whos (and I mean old - we just watched the very first three stories with William Hartnell) and some Mystery Science Theater 3000 discs.

The movies I've been enjoying without Brandi have mostly been the ones I've reviewed for the Late Show site - lots of Roger Corman cult films and the like. I'm still really hoping to get out to the theater to see The Expendables...

Anyway, it's almost 5 AM. Time to start thinking about hitting the hay. Thanks for stopping by!
Posted by Christopher Mills at 4:10 AM 1 comment:

Back in the 1980s - the decade wherein I really got serious about comics - my favorite titles were Grimjack and Jon Sable, Freelance, both published by First Comics. What I loved about Sable was that creator Mike Grell really strove to keep the series rooted in reality, with his only concession to the super-hero crowd being the character's "battlemask" - which wasn't really a mask at all, but a kind of warpaint deal.

As to the art - well, I'm a Grell fan, and although his figures could sometimes look rather awkward or stiff, I still enjoyed his sense of design and unique style. Unfortunately, somewhere around the twentieth issue, the interior art started getting progressively sketchier and more rushed-looking. I wasn't very happy about it, but I think it speaks to the quality of his writing and the strength of the character that I stuck with the book through its entire 50+ issue run (and it's relaunch with different creators, for as long as that lasted.)
Posted by Christopher Mills at 3:59 AM 5 comments:

If you don't regularly check out my DVD Late Show site, here's why you should: in the last few weeks, I've published concise, capsule reviews of a slew of cult films and B-movies that have recently come out on DVD and Blu-Ray disc, including: Horror Hospital, Bonnie's Kids, Gamera Vs. Barugon, Death Race 2000, The Prowler, OSS 117: Lost In Rio, Forbidden World, Galaxy of Terror, 2001 Maniacs: Field of Screams, Loose Screws and Piranha -- and I've got Humanoids From The Deep, The Girl With the Dragon Tattoo, New York Confidential, and Machine Gun McCain all scheduled for the next week or so.

If you enjoy my reviews and the (recently redesigned) DVD Late Show site, I hope you'll make it a regular stop - and, more importantly - help spread the word about it with blog posts, links and word-of-mouth. I know that home video is rapidly moving toward direct downloads and instant rentals, but I also know that there are die hard film buffs and collectors out there, too, who genuinely care about the quality of the presentation and having physical copies of their favorites in their libraries. DVD Late Show is for those guys.
Posted by Christopher Mills at 5:21 PM No comments:

A Request from The Secret Squadron

If you read and enjoyed the Captain Midnight Chronicles, I humbly request that you post your thoughts about the book on the Amazon product page.

There's an apparent organized smear campaign against our version of the character going on, and while everyone's entitled to their opinion, I find it difficult to believe that no one who bought our book enjoyed it. Of course, people who like something are less inclined to publicly voice that opinion than those who don't - especially when they have an axe to grind.

A lot of talented authors contributed stories to the book, though, and it pisses me off to see their hard work slammed by people with their own, personal agendas and narrow-minded view of the property.

I want to be clear, though - I'm looking for reader reviews (if there are any), not attacks on any other customer reviewers on the site. If you genuinely enjoyed it - or even if you didn't, as long as your complaints are honest and valid - please post a review so there can be a slightly more balanced view of the material available for other potential Amazon buyers.
Posted by Christopher Mills at 2:53 PM 3 comments: