The last time I mentioned my DVD Late Show website (where I review genre films and television on DVD and Blu-ray) on this blog was last August. At the time, I had just posted a few new reviews after a three month 'hiatus," and promised more. But that didn't happen.

In fact, I didn't post any new reviews for nearly ten months.

I don't really know why I stopped posting last summer, but part of it was probably just blogger burn-out, combined with my state's new tax laws, which killed the site's only income (through Amazon referrals). I'm back at it now, though, because I really started to miss writing about movies. Hopefully, someone will read my reviews and find them useful and/or entertaining.

I've started with a look at the new Blu-ray of Godzilla Vs The Smog Monster, the 1981 martial arts drive-in favorite, Force: Five, and the James Garner television series, Bret Maverick (new from Warner Archive). I am planning to have one or two more reviews up this week (Evilspeak from Shout Factory and Warners' Jonny Quest: The Complete Eighties Adventures), and hope to continue with regular posting.

Now if I could just get back to regular blogging here and at my Space: 1970 site...
Posted by Christopher Mills at 11:55 PM No comments: 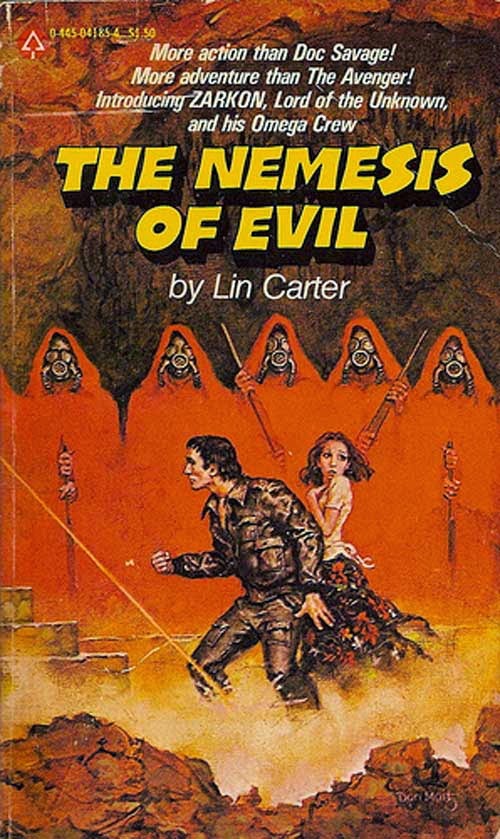 I've been on a bit of a Lin Carter binge of late, catching up with some of the author's fantasy series that had previously eluded me. I'm currently reading his five-volume "Green Star" sword & planet cycle (and will probably write something about those books over on my Perils On Planet X blog), but I also recently purchased the initial three books in his Prince Zarkon, Lord Of The Unknown, series.... which I intend to read next.

The Zarkon books are Carter's take on the Lester Dent "Doc Savage" school of adventure pulp fiction, and I look forward to reading them once I finish with the "Green Star" novels. I specifically sought out the original printings because I thought artist Don Maitz's cover paintings on those paperbacks were especially cool. See if you agree.... 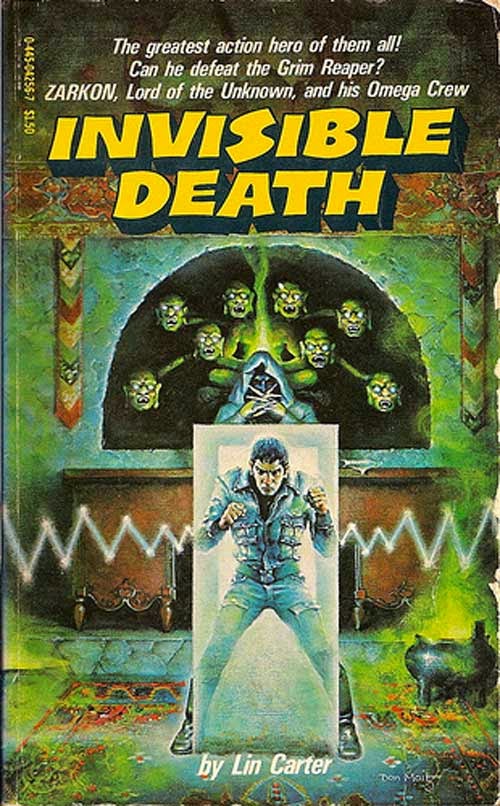 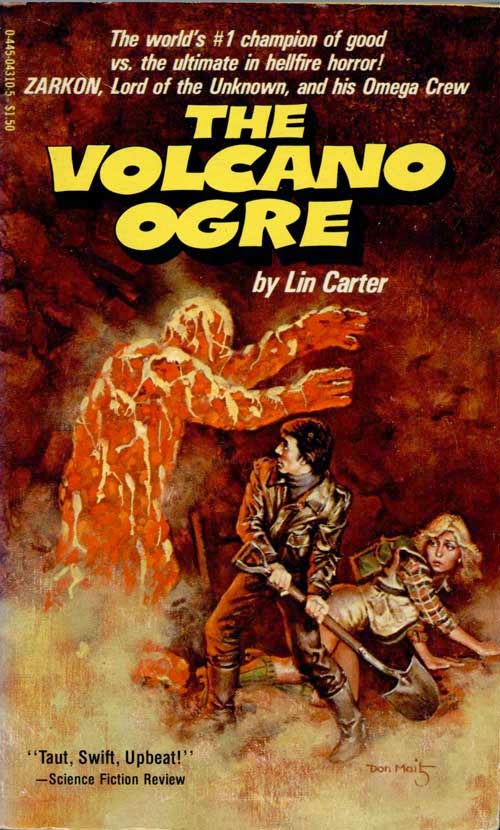 Posted by Christopher Mills at 12:00 AM 6 comments: