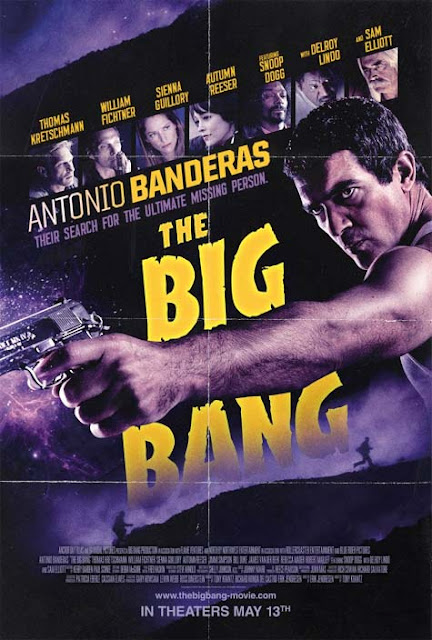 This upcoming film noir/sci-fi/black comedy looks great! A cool cast  and an really intriguing premise add up to a movie that I'm really looking forward to checking out. Here’s the full official synopsis:


Late one night, Los Angeles private investigator, Ned Cruz (Antonio Banderas) gets a visit from a recently paroled Russian boxer with an intriguing job offer: find Lexie, his missing girlfriend—and the 30-million dollar stash of diamonds she’s hiding. As Detective Cruz sets out to find her, the clues send him into the city’s seediest corners, from a Hollywood action star with a dirty little secret (James Van Der Beek), to an enterprising porn producer who takes a personal interest in his own work (Snoop Dogg), and a kinky waitress with an unusual fetish for particle physics (Autumn Reeser). Lexie proves to be as elusive as she is beautiful and Cruz becomes obsessed with finding her. With time running out, Cruz discovers the trail leads to reclusive billionaire (Sam Elliott), and his physicist (Jimmi Simpson), intent on recreating The Big Bang underneath the New Mexico desert. Tailed by a trio of cops also looking to find the missing diamonds, and with the body count piling up, Cruz soon realizes that what appeared to be a standard missing person’s case is anything but, and could quite possibly bring about the end of the world as we know it.

Judge for yourself - the trailer can be found HERE. Thanks to Zablo for the head's up!
Posted by Christopher Mills at 2:28 PM 1 comment:

Just another periodic reminder that I also write and publish reviews of cult, B-movie and genre DVD and Blu-Rays at my DVD Late Show website.

I admit things over there have been a little slow this Winter, but I'm starting to get back into the reviewing groove, and have posted several new reviews over the last couple weeks, including looks at the latest incarnation of the long-running (and apparently, unkillable) Scooby Doo franchise, Scooby Doo: Mystery Incorporated, the popular AMC horror series, The Walking Dead, a low-budget sci-fi flick called Interplanetary, the classic film noir flick Kansas City Confidential (restored in HD), Roger Corman's Sharktopus, and the latest Gamera double-feature disc from Shout! Factory.

My plan is to post at least one review every day this week, so please take a moment and check out the DVD Late Show site if you can. Thanks!

ADDENDUM: Oh, and as it happens, this month marks the SIXTH anniversary of the DVD Late Show reviews. Nearly 600 hundred DVD and Blu-Ray reviews since March of '05. Not too shabby.
Posted by Christopher Mills at 12:21 AM No comments: 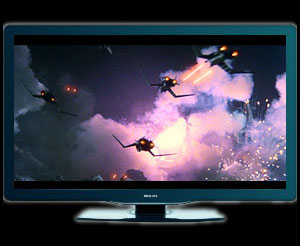 Apologies for the lack of posts over the last couple of months. Aside from simply having too much to do (Kolchak: The Night STalker Files, Gravedigger, Femme Noir, Captain Midnight, etc.), my wife & I also finally purchased a HD television set.

Although I've been enjoying our Blu-Ray player for a couple years (thanks to a generous Christmas gift from my mother-in-law), I haven't actually been getting the full benefits of the technology since I was still viewing the discs on a standard-definition monitor. But about two weeks ago, that 15 year-old TV finally gasped its last breath. It lived a full and meaningful life, but after years of heavy use, it just couldn't go on any longer.

Fortunately, the timing was pretty good for a change. Some automotive repairs we'd been saving for for a while turned out to be much less expensive than we expected (how often does that happen?), and we found a remarkably good deal on a high-end 55" Phillips LED set. (It's even Netflix Instant-ready.)

Needless to say, I've been spending a lot of time (too much, actually) over the last month or so, looking at my Blu-Rays and DVDs on the big screen. I've watched tons of Star Trek - both classic episodes and the features - crime and action stuff like Crank 2, Faster, The A-Team movie (which I'm ashamed to admit I thought was pretty good, actually), Machete, and television shows like The Walking Dead and Space: 1999 in HD. I've also been checking out many of my standard-def DVDs to see which ones still look good, blown-up on the big screen. Some look better (Prime Cut) than others (Out Of Sight), obviously, depending on the age of the disc and the bitrate, but overall, I'm thrilled with my new TV set.

Now, all I need is a new surround sound set-up, and the Alien Blu-Ray box sets....
Posted by Christopher Mills at 3:32 AM 1 comment:

I am informed that the Western anthology, Outlaw Territory, Volume 2, from Image Comics, is now available. The collection is 240 pages and contains 30 stories, in a variety of styles by a horde of talented creators. Most importantly, it contains a story by yours truly, illustrated by Joe Staton & Rick Burchett, and colored by Michael Watkins.

Here's a glimpse at that story: 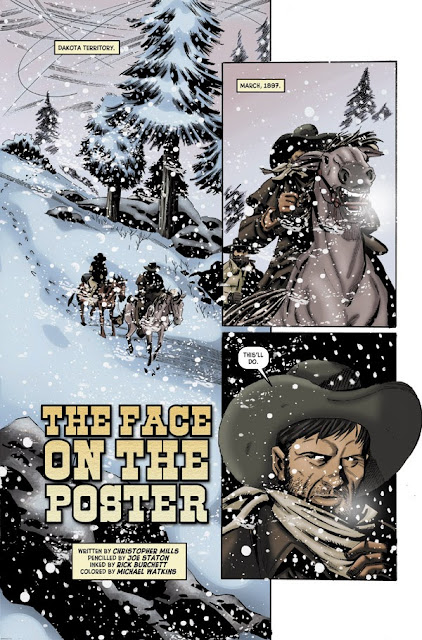 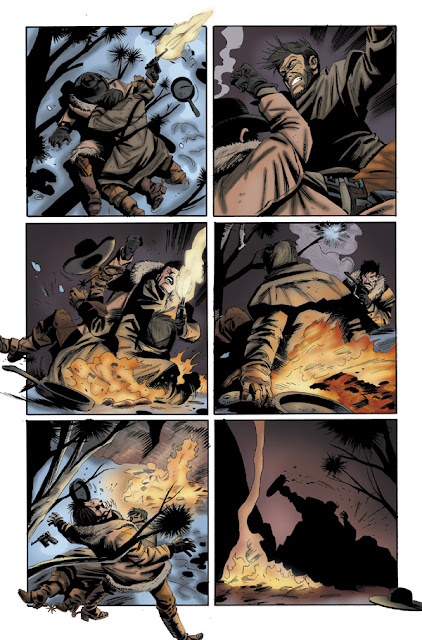 It should be on sale at most comic book shops now, or you can order it from Amazon here: Outlaw Territory Volume 2 OGN

Email ThisBlogThis!Share to TwitterShare to FacebookShare to Pinterest
Labels: My Projects 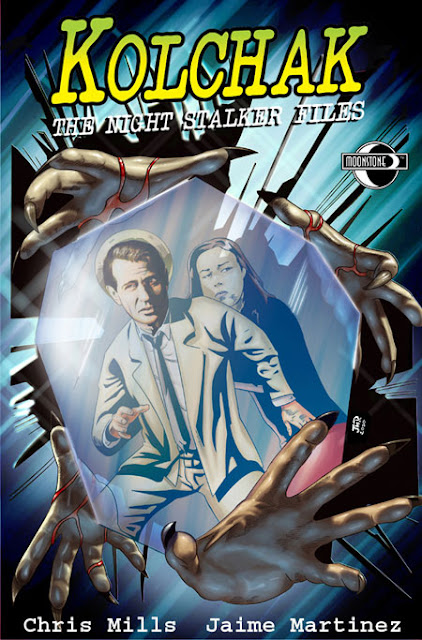 Here are two alternate covers for Kolchak: The Night Stalker Files #2, which should be in comic shops this week or next, and can be ordered directly from Moonstone now. The cover above (which has nothing to do with the story, although the girl does resemble a character introduced within the issue) is by interior artist Jaime Martinez. The cover below (which also has nothing to do with the story, but certainly is a damned cool illustration) is by Woodrow Hinton III. 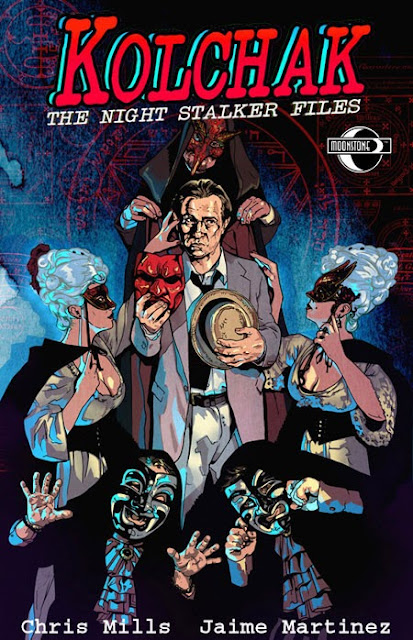 Posted by Christopher Mills at 1:56 AM 4 comments: