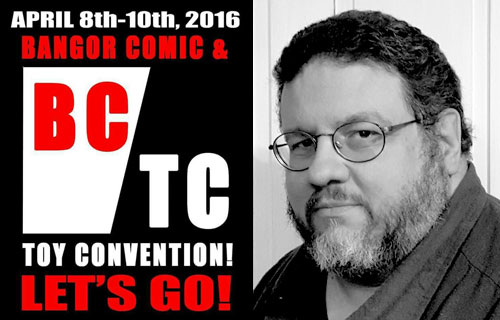 For those of you Maine and New England folks attending the Bangor Comic & Toy Convention at the Cross Insurance Center in Bangor, Maine this weekend, I'll be there all day on Saturday and Sunday, and will have sale copies of the Femme Noir comic books (tho I'm almost out of issue #1), Gravedigger (comics & trades), Shadow House, the Night Driver graphic novel, and the Kolchak The Night Stalker trade paperback collections that contain the two Kolchak miniseries I wrote. I'll also have a few copies of the Spider Chronicles, Captain Midnight Chronicles and Werewolves: Dead Moon Rising short story anthologies available. 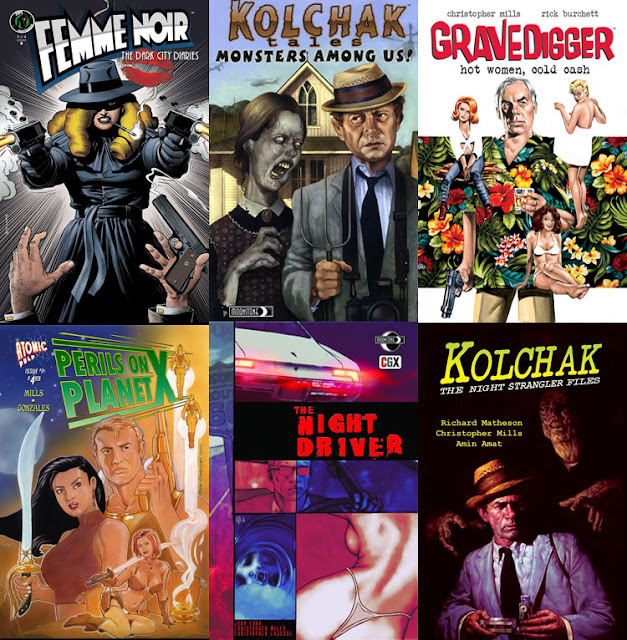 In addition, my lovely better half, Brandi, will have some of her handmade geek-themed jewelry for sale at our table for you craftsy types.

Saturday afternoon, at 2:00, I'll be doing a panel (is it still a panel, if you're alone?) on Comics Writing, and Saturday night, around 8 PM, I'll be hosting a sci-fi double feature screening of 1953's Cat Women Of The Moon and 1959's Teenagers From Outer Space.

Hoping to meet a lot of cool new people (and customers!) and maybe catch up with some old friends. Hey, you never know.
Posted by Christopher Mills at 12:29 PM No comments: