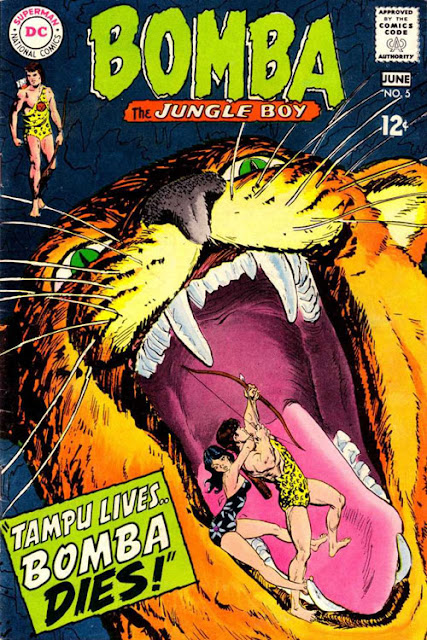 Having just finished the first volume of Monogram Bomba The Jungle Boy movies on DVD from Warner Archive (review at DVD Late Show soon), I'm still in a jungle adventure mode. So, this week, I've got the cover of DC Comics' Bomba The Jungle Boy #5, published in 1968. The Grand Comic Database credits Jack Sparling with this striking cover illustration.
Posted by Christopher Mills at 12:00 AM 1 comment: 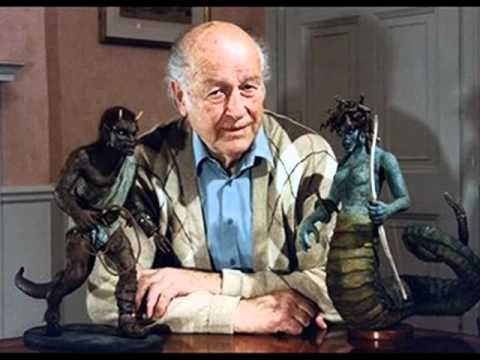 Ray Harryhausen, the undisputed master of stop-motion animation, has passed away at age 92. As others have noted, he didn't create the special effects technique of animating small models one frame at a time, but he perfected it in a series of imaginative motion pictures that, regardless of their other merits (or lack thereof), will endure forever because Ray somehow managed to breath convincing life into his menagerie of mythological and fantastical creations, working in solitude for months at a time. There have been other talented stop-motion animators (including Harryhausen's own mentor, Willis O'Brien), but few managed to imbue their characters with quite as much personality and "soul."

The movies he made will always be remembered, but it is all of the artists and animators, filmmakers and authors that he inspired that will be his true and greatest legacy... and I count myself among them.

Well, it's a bit over four months into the year and I only have one convention appearance scheduled for 2013. Actually, that's one more than I usually have, so that's not too bad.

I’m currently planning to attend the Coast City Comic Con, in South Portland, Maine, the weekend of November 9th and 10th. I’ll have a table in the artists alley; I don’t know if they’ll be advertising me as a guest or not (I’m guessing not). I’ll have copies of my comics, graphic novels and prose anthologies on hand for purchase. I’ll probably have some Gravedigger and Perils On Planet X stuff there, too.

If there’s a BangPop show in Bangor this year (it’s been cancelled two years in a  row, so I’m not optimistic), I’ll probably be there, too.

Posted by Christopher Mills at 12:00 AM No comments: 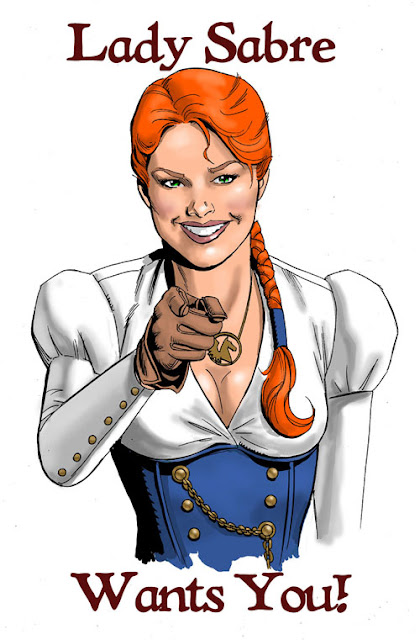 As you all probably know, my Gravedigger collaborator/co-creator/artist extraordinaire Rick Burchett is also one of the creative forces behind another prominent webcomic, Lady Sabre And The Pirates Of the Ineffable Aether, which is written by best-selling novelist and famed comic scribe, Greg Rucka.

Well, they’ve been producing their bi-weekly, swashbuckling steampunk aerial adventures for a year and a half or so, and are now planning the first hardcover trade collection. In order to put together the best possible print edition, they’ve just launched a Kickstarter campaign. If you click on that link, you’ll see exactly what they have planned, and what they’re asking, along with the rewards they’re offering to contributors.

If you love action-adventure comics, you owe it to yourself to check out Lady Sabre. You already know what an accomplished artist and storyteller Rick is, and in Lady Sabre he’s really cutting loose with some of the finest work of his career. I’ll be kicking in to the campaign, and suggest you consider doing so, as well.

It’s a great comic… and you can never have too many of those.
Posted by Christopher Mills at 3:24 PM No comments: 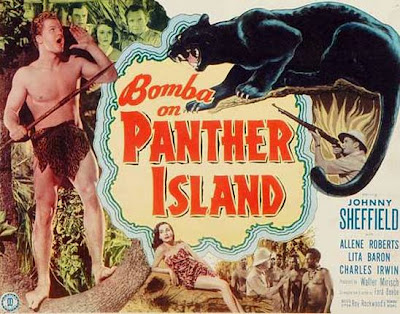 I received the new Bomba The Jungle Boy manufactured-on-demand DVD collection from Warner Archives yesterday. I've watched the first four of the six films in the set, and while I'll be posting a real review over on my DVD Late Show site early next week, I wanted to mention here how much I'm enjoying these Monogram B-movies.

While clearly shot on a shoestring budget, and a bit too leisurely-paced for their brief running times, I think these compare rather favorably to the Tarzan films that Sol Lesser was producing at the same time; they're clearly cheaper, but not much cheaper than the Lex Barker Tarzan entries. Johnny Sheffield, while still decidedly boy-ish of face, has a remarkably impressive adult physique worthy of a jungle man, and appears to be doing a surprising number of his own stunts.

In these first four films - Bomba The Jungle Boy, Bomba On Panther Island, Lost Volcano, and The Hidden City - there's a reasonable variety to the storylines, even if they do manage to include almost every convention (or cliché) of the jungle adventure film - and we wouldn't want it any other way. (Haven't seen anyone trapped in quicksand yet, though.)

I'm definitely looking forward to spinning the last couple films in Volume One, and hope that Volume Two will be coming soon.
Posted by Christopher Mills at 3:45 PM No comments: