Here are a couple of double-page "spreads" from two of the comics projects I'm working on. Click on the images for a larger view.... 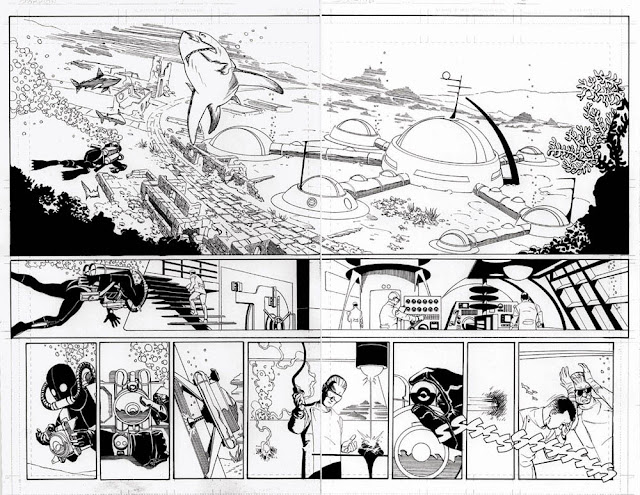 First up are pages 2 & 3 of the Skorpion graphic novel I'm developing with Gravedigger artist Rick Burchett. Skorpion is a 60s international adventure inspired by European super-criminal comics like Diabolik and Kriminal. Skorpion is in that tradition, but also incorporates a lot of other pop culture tropes of the era, with influences including kung fu flicks, Jonny Quest, Eurospy movies, and British TV shows like Danger Man and The Avengers. 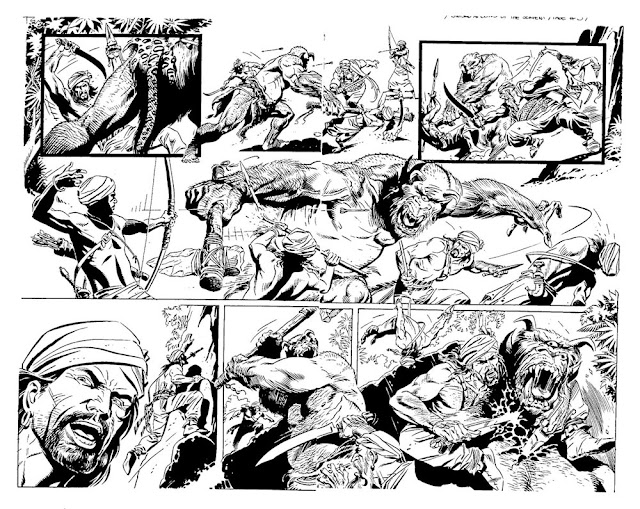 Then there's this - pages 2 &3 of Sinbad: The Coils of the Serpent, drawn by Eduardo Barreto, wherin the dashing Persian mariner and his crew engage in battle with a brutish cyclops. I've previewed a lot of this project here, and expect that Eduardo & I will have the proposal doing the rounds by the end of February.

Both of these projects are currently without publishers, but I'm hopeful that they'll get picked up.
Posted by Christopher Mills at 12:02 AM 5 comments: 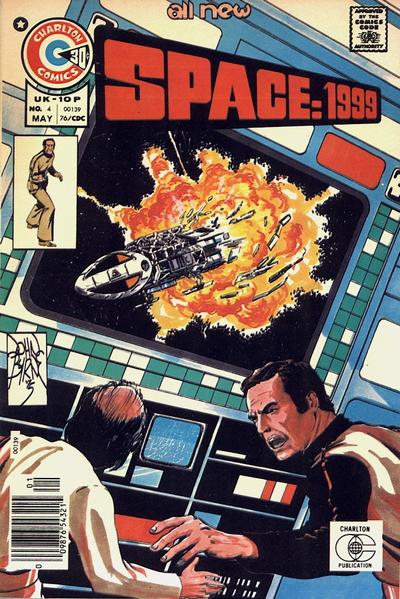 I've been watching the 1975 television series Space: 1999 on Blu-Ray over the last month or so, and it got me reminiscing about the comic book series published by Charlton Comics. The first two issues were drawn by my pal Joe Staton, but the next several were rendered by John Byrne, who would soon move onto superstardom at Marvel Comics, most notably as artist of The Uncanny X-Men.

Anyway, this is the cover to his second issue (#4), which manages to make two guys watching a video monitor look exciting. I'm not sure that putting the character of Victor Bergman's back to the reader is a great artistic choice, but, to be fair, if you're a fan of the show, there's no mistaking that head! Like Byrne's other early covers for Charlton, it also appears to have been hand-colored with markers.
Posted by Christopher Mills at 2:34 AM 3 comments:

My pal and favorite comics collaborator, Femme Noir co-creator/artist Joe Staton, celebrated his 63rd birthday yesterday. That was also the day that Tribune Media Services announced that long-time Dick Tracy artist Dick Locher would (finally) be hanging up his fedora and that Joe - along with writer Mike Curtis - would be taking over the legendary newspaper detective strip.

It's no secret that I was not a fan of Locher's run on the strip (I never liked his art, and after Max Collins stopped writing Tracy, I thought the writing got terrible, too), so I'm thrilled that not only is the strip continuing (something of a miracle, as the syndicate retired both Brenda Starr and Annie last year), but that it's going to start looking good again!

The art above is from a sample storyline that Mike and Joe did a while back, and presumably, it's what landed them the gig. It appeared last year on a Dick Tracy fansite, and I think it makes it abundantly clear that they're the right team for the job. I could only be happier if I was writing it... but hey, I still get to work with Joe on more Femme Noir, so I'm not really all that disappointed. :)
Posted by Christopher Mills at 4:39 PM No comments: 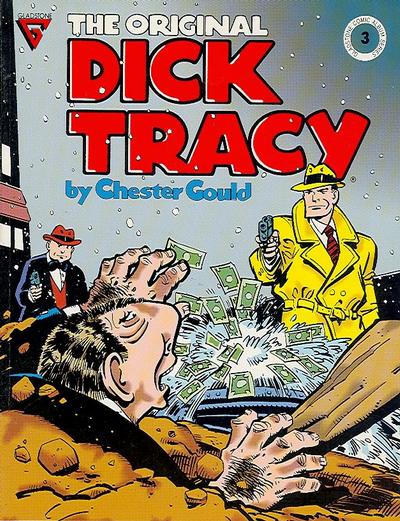 Cover by my Femme Noir partner Joe Staton (Happy Birthday, Joe!) for Gladstone Publishing's third Dick Tracy album from 1990. He also did at least one other cover that wasn't published... and it's on my wall. If I had a scan, I'd share it.
Posted by Christopher Mills at 3:30 PM No comments:

I really like this student film by Megan Tupper. Funny and nicely designed.
Posted by Christopher Mills at 4:51 AM 1 comment: 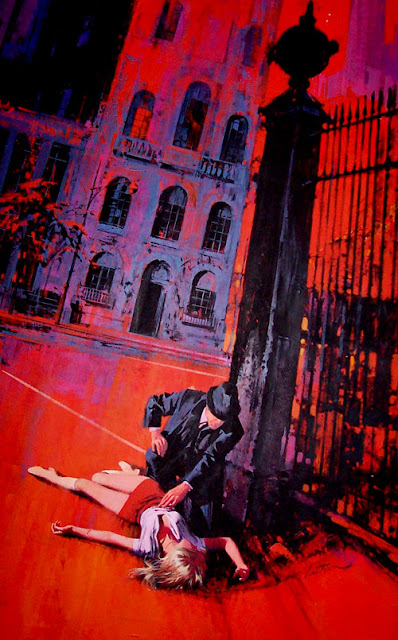 This gorgeous paperback cover painting by Lou Feck is one of my most prized possessions. I bought it about ten years ago from a colleague who claimed to have found it - along with some other original paintings by different artists - in a dumpster behind a New York office building.

As a kid growing up, I had admired Feck's art on a number of paperbacks I owned (including a Bantam collection of Robert E. Howard's Kull stories, and at least one of the James Blish Star Trek books), and he was one of the first cover artists that I learned to identify. When I had the opportunity to buy this Feck original - with the added attraction of it being a crime painting - I couldn't resist. It hangs on my office wall next to my desk; this is a digital photo, and isn't quite true to Feck's amazing use of color on the piece.

Oddly, there's very little info out there on the artist, and I wish I knew more about him. He seemed to work a lot for Bantam Books - including several covers for the early Clive Cussler "Dirk Pitt" novels and a fair number of science fiction titles. I believe he passed away in 1981.

On the back of this painting, scrawled in black marker, is "The Assassinater" (sic), which I presume is the title (or an approximation thereof) of the book this painting graced.... but I have not been able to track it down.  From the dead girl's clothing, I'm guessing it was published in the mid-to-late Sixties.

I guess I'm wondering if anyone knows what book this painting appeared on. I'd like to track down a copy since I own the painting. If anyone knows - Bish, maybe? - please drop me a line.
Posted by Christopher Mills at 3:39 AM 6 comments: 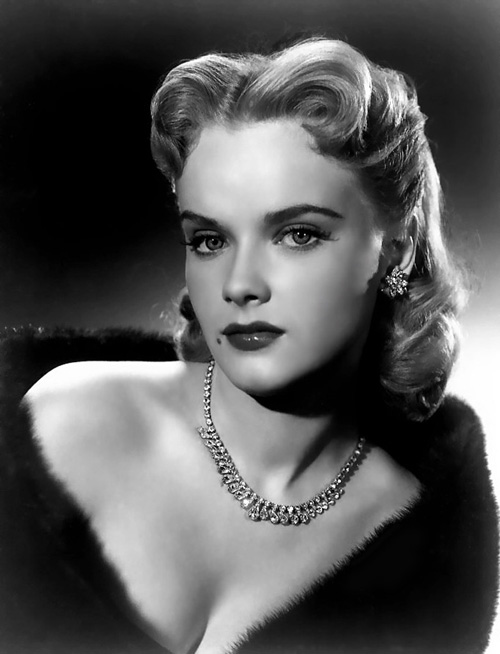 Television's Honey West, the amazing Anne Francis, passed away four days ago from pancreatic cancer at a retirement home in Hollywood. She was 80 years old.

I've adored Anne Francis since the night in the late 70s when I first saw Forbidden Planet on the CBS Late Movie. Her Altaira was gorgeous, no doubt, but Anne brought much more to the role than a pretty face and stunning physique. Altaira, as portrayed by the talented young ingenue, was innocent, but not naive, unworldly but not unwise. In short, I believe that Anne brought her own sharp intellect to the potentially shallow, cliche sexpot role, and made the character much more than your usual sci-fi eye candy.

There was something about Anne that was different from other beautiful starlets of the era; maybe it was the obvious intelligence in her eyes, or the voice that, no matter the role, possessed maturity and confidence. Anne was a blonde, but was never dumb.

As Honey West, she was American television's first ass-kicking action heroine, spinning off from a memorable episode of Gene Barry's Burke's Law into her own single-season series. In a long career as a TV guest star, the actress shined in such shows as The Man From U.N.C.L.E. (where she portrayed - twice - the criminal mastermind Gervaise Ravel), Mission: Impossible, The Invaders, Kung Fu, Black Sheep Squadron, Dallas, Fantasy Island, Riptide and many more. In 1994, she even reprised the role of Honey on the revived Burke's Law, reunited with Barry.


Just a day before her passing, I watched the first season Twilight Zone episode, "The After Hours," and marveled again at how well she carried the story, spending nearly a third of the show alone on screen.

I feel a profound sense of loss with her passing, but am thankful that I have so many of her performances close at hand on my shelves, and I know that every time I revisit Forbidden Planet or Honey West, I'll fall in love with her all over again.

Rest peacefully, Anne.... and thanks. 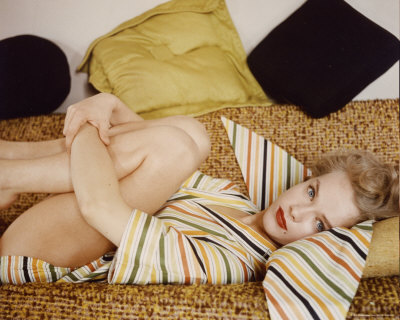 There's no question that the last five years or so have been the roughest of my life, particularly in the realms of health and finances. That these two problem areas have also adversely affected my professional endeavors is also undeniable. Much of the last few years, it's felt like I was mired in quicksand, with my head just above the surface - not quite drowning, but not able to move much, either.

Progress was made on all fronts - health, finance and work - but it was agonizingly slow, with lots of prolonged periods of unintentional and unbearably frustrating inactivity... especially in this last year. 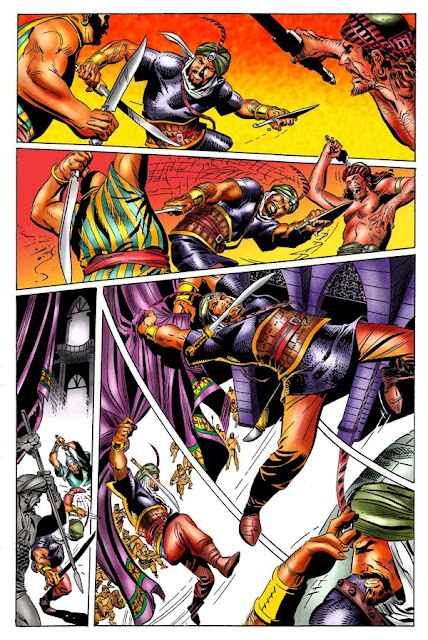 It's also true that my professional reputation has taken some hits over the last half-decade. But I'm working hard to try and repair some of that damage. I am cautiously optimistic that this coming year will see some substantial improvement in my productivity and the quality of my work... and I'm creatively excited about the projects on my plate for 2011. 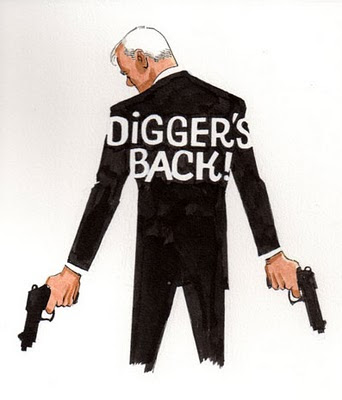 I hope to continue with Kolchak for Moonstone, and find a way to produce more Captain Midnight adventures for the company, beginning with the long-anticipated (and years-in-the-making) one-shot special.  The new Gravedigger graphic novel/collection is getting close to completion, and I'm hopeful that the Femme Noir webcomics collection will finally come together soon. Joe Staton and I also intend to get to work on an all-new Femme Noir comic book this year... and maybe - just - maybe, I can get Perils on Planet X going again. I just need to find a way (and the time) to resuscitate it.

I have several creator-owned projects cooking, too, that I hope will come to fruition - or at least move forward - in '11. 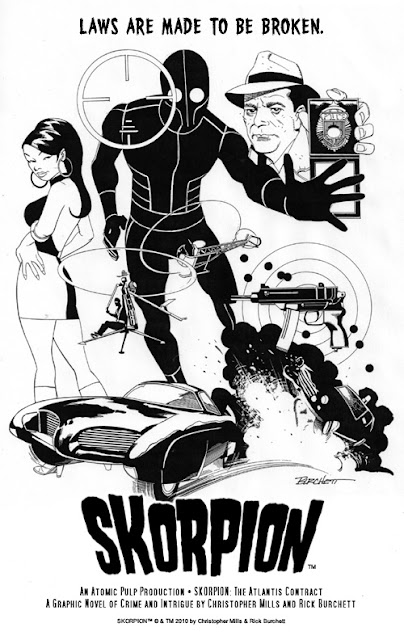 Sinbad and The Coils of the Serpent with Eduardo Barreto, Skorpion - a 60's international spy/crime caper - with Rick Burchett, a "top secret" super-hero one-shot AND a supernatural Western that I'm putting together with my old pal/writing partner James Chambers (and the ubertalented Rick B. again), and, hopefully, an offbeat project I've wanted to do for years, called Felons In Love.

That's a lot. And when you add in the DVD Late Show site and my goofy blogs, it seems like a ridiculous amount of work. But I'm trying hard to have confidence in myself - trying to live up to the potential that my wife, my closest friends and my collaborators have told me that they believe I possess. I don't like letting those people down, and I'm going to try like hell not to.