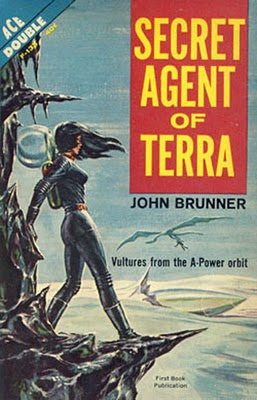 "Vultures from the A-Power orbit?" Wha--?
Posted by Christopher Mills at 3:55 AM 2 comments:

This is a weird trip into the past. Roland Mann sent me a link to this video, shot for Misssissippi public television back in 1991 or 92, of me being interviewed at the Coast Con science fiction convention in Biloxi, Miss. I was working for a small independent comic book company called Alpha Productions at the time. I appear at about 5:15 into the clip. Several of my Alpha colleagues can be seen sitting next to me, including Leni Gronros, Bob Cram and Paul Pelletier (who now works for Marvel). My pal, author Sidney Williams is also interviewed.
Posted by Christopher Mills at 4:28 PM 2 comments:

Dolph Lundgren is THE KILLING MACHINE

Here's a clip from the upcoming DTV action film, The Killing Machine (formerly Icarus), directed by and starring Dolph Lundgren, coming in mid-August from Anchor Bay. The trailer can be found here.

Considering how much I've enjoyed some of his other recent, self-directed films (like Command Performance), I have high expectations for this one. Dolph looks great, and the action looks even better.
Posted by Christopher Mills at 3:53 PM 5 comments: 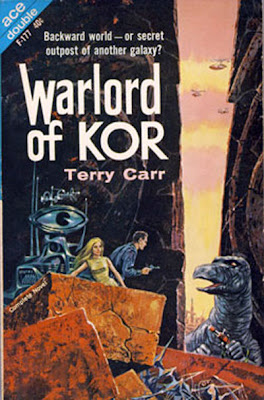 Never read it, don't know who the cover artist is, but I love the title and the illustration.

Posted by Christopher Mills at 5:29 AM 2 comments:

Last Saturday, I attended the Books in Boothbay Book Fair in the lovely coastal community of, well, Boothbay, Maine. I can't say I had a good time.

Now, some of the reasons why I didn't have a good time were my own problems: for one thing - one big thing - an obese man sitting in a non-air conditioned hall built in the 1920s filled with people on one of the hottest afternoons of the Summer just isn't going to be comfortable. It was insanely hot and it drizzled piss-warm rain all afternoon, so the humidity was about 100%. I had never been to the "living history" park/museum where the event was held, and it simply never occurred to me that anyone would put on something like this in July in an non-air conditioned venue. I should have asked, I guess.

(Actually, that's not quite true - I had worried that it might be held outdoors, and be too hot for me, so I'd asked if it was going to be held indoors or out. I was told "in," so then I assumed there would be AC.)

Other reasons for my discontent are no one's fault - for example: the crowd there, made up mostly of elderly locals and Summer tourists - just had no interest whatsoever in graphic novels or pulp fiction, and being the only author in the room dealing that kind of subject matter didn't help.

But some of my issues were with the organizers. For example, they provided the books, but didn't contact me about what titles to stock until only about two weeks before the show. I gave them a list with ISBN numbers for about six of my books, and made sure I put the Femme Noir: The Dark City Diaries graphic novel on top of that list. For one thing, it's pretty much the only book I have available that is truly mine - on the others, I'm just one contributor among many or writing other peoples' characters. For another, I've had some luck selling that book at other shows were I didn't ft in by appealing to female readers. When I arrived at the venue and found my seat in the hot, muggy room, I was informed that they hadn't been able to get any Femme Noirs, but had "Captain Midnight and one other one, 'K'-something." (Kolchak.)

(Note, too, that these were two books that I had already been paid for up-front by the publisher, so any copies I sold would only profit the organizer of the show. Femme Noir, on the other hand....)

When I expressed my disappointment, the gentleman who had given me the news didn't seem particularly interested, and I got the distinct impression that he wasn't sure why I was there with the real authors anyway. Me, I was wishing that he'd e-mailed me at some point before I'd headed for Boothbay, because I could have arranged for the publisher to drop-ship him some copies of FN overnight, or even brought my few remaining copies - and some of my other books - with me.

The author who shared the table with me - a pleasant gentleman whose name I forget - had discovered when he arrived that they didn't have his books, either, but at least he'd had the foresight to bring copies of his own.

The tables didn't have tablecloths - again, something I wish I'd known - and no name plates. Well, there were tiny little folded paper things about a half-inch high with the authors' names scrawled on them, but that was it. I hadn't brought any of my usual table display stuff because I'd been under the impression that it wouldn't be necessary, so along with not actually having the book there that I most wanted to sell, I just had a handful of Kolchak trades and Captain Midnight Chronicles paperbacks sitting in unimpressive little stacks on an otherwise empty table.

Now, my more experienced author friends reading this are probably shaking their heads at my naivete and lack of foresight, but in my defense, this was my first "book fair." I'd not been asked to bring anything and had been told that the books would be provided. Had it been a regular comic book convention-type show, I would have known better, and might have made a better showing. Instead, I sat there in the sweltering, soggy heat watching people walk by my table disinterestedly. Brandi couldn't take it - she actually abandoned me to go sit in the car parked in the shade, where there was a little bit of a cross-breeze, and left me to suffer alone for about two hours or so. (And I don't blame her!)

Now, I tried. I really did. I had made a commitment to be there, and I gave it the best I could, considering that I was sweating like a pig and probably looked pretty scary there behind the table. (I had actually brought a dress shirt, but it was too hot to wear it over my black t-shirt.) I tried to make eye-contact with as many people as I could, and if I managed to get their attention, I made an effort to be upbeat and friendly. But it was tough. I sold only three books: one to another author, one to the guy who'd invited me to the show... and one Captain Midnight anthology to a teenage kid about fifteen years old.

That one made me feel good. I hope he likes it.

I'm proud of that sale, but I can't say that it made up for everything else.

If someone is reading this who might be planning an event where you're asking creative people to show up and help you hawk books - for free - well, I think there's some minimum information you should provide. A detailed description of the venue would be nice. Especially if it's a summer show and the hall has no air conditioning and the rest rooms are in another building entirely so people might have to walk in the rain to get to them. Also, if you cannot provide the simplest of table amenities - a tablecloth, legible nameplate and a chair for an author's spouse/assistant - well, you should let people know. Also, you should maybe try and order books more than a week in advance, so that no one wastes their trip.

Like I said: I'm a big, fat man, and my physical discomfort was absolutely aggravated by that fact (though no one looked very comfortable in that room that I could see), but as I was there on my own dime, and selling books pretty much for the book fair folks, it would have been nice if I felt that they actually appreciated me being there. But aside from one person - the guy who had actually invited me (a good friend and fan) - I was ignored.

I know that there are people who know me that think that I'm compulsively negative about everything. That I am a complainer and cynic who always sees the bad side of things. And yes, it's true: I'm no Pollyanna.

But I was in fine spirits when I left for Boothbay (my birthday the day before had been pleasant and relaxing), and was really determined to have a good time. And I stuck it out. I was there 'til the end. And I gave it my best shot.... but I can't lie; the day was a depressing, dismal time suck.

End of rant.
Posted by Christopher Mills at 2:49 AM 3 comments:

More Machete News & Previews
I think it looks a bit too slick & polished - I'd really love to have seen a movie that actually resembled the faux trailer from Grindhouse - but I'll definitely be seeing this. It looks like it might recapture some of that Desperado magic....
Posted by Christopher Mills at 12:30 AM No comments: 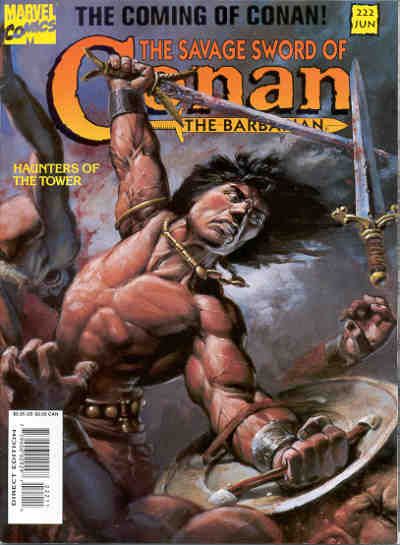 Here's a late-era Savage Sword of Conan (#222) cover painted by my pal and sometime collaborator Fred Harper (Shadow House). Beautiful.
Posted by Christopher Mills at 3:53 AM No comments:

Next Saturday, July 10th, I'll be attending the Books in Boothbay: Maine's Summer Book Fair, in scenic Boothbay, Maine. Forty authors from around the state will attend to sign their books and discuss their writing. I'm looking forward to possibly meeting mystery writer Gerry Doyle, myself.

I expect to have copies of Femme Noir: The Dark City Diaries and Kolchak Tales: Monsters Among Us there to sign. If you're in the area, stop by!
Posted by Christopher Mills at 2:45 AM 2 comments: 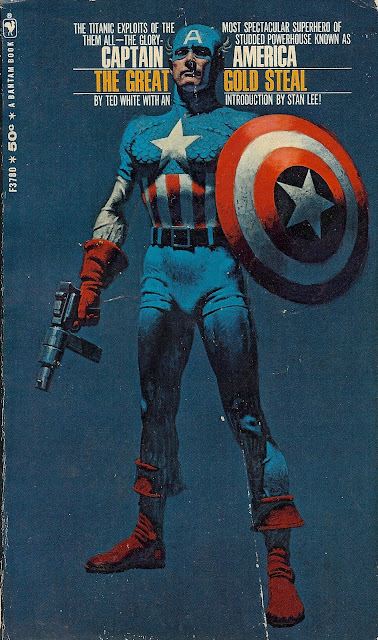 Happy Independence Day from Captain America and yours truly. Have a great holiday, folks.
Posted by Christopher Mills at 3:08 PM 3 comments: