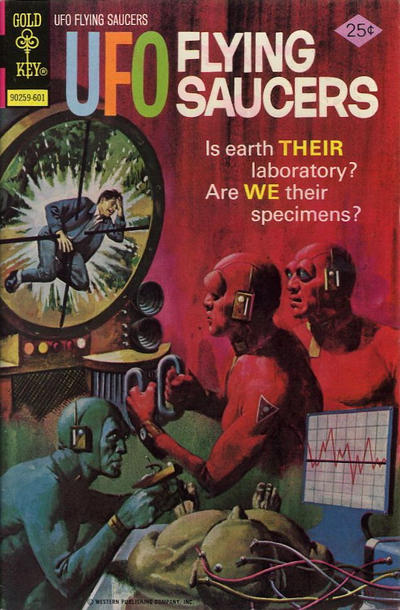 This Gold Key comic was one of the few I used to buy in the 70s that would actually scare me. The DC and Charlton horror/mystery comics didn't phase me at all, but UFO Flying Saucers - that creeped the hell out of me. Each issue had several stories (by the usual Gold Key/Western stalwarts: Frank Bolle, Jack Sparling, Dan Spiegel, etc.), each purporting to be true tales of encounters with Unidentified Flying Objects, their alien pilots, or other extraterrestrial phenomena. And none of them were very pleasant.

Witness this cover, from issue #9, which was one of the half-dozen or so issues I had. The Grand Comic Database tentatively identifies the artist as Luis Dominguez. Human experimentation. Targeting random Earthlings with the video gunsight of some big, weird weapon. Otherworldly humanoid aliens going about their grim work, coldly, without emotion.... Brrrrrrr.....
Posted by Christopher Mills at 3:07 AM 2 comments: 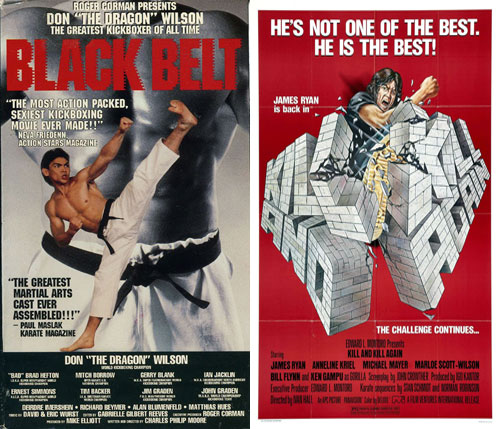 First of all, Brandi and I saw The Expendables 2 last week. Enjoyed the hell out of it. The "meta" humor gets laid on a little too thick in the final reel, but otherwise, it's pretty much exactly what I wanted it to be. Big, loud, dumb fun, with all my go-to 80s and 90s action guys standing shoulder-to-shoulder blazing away with ludicrously large firearms. Objectively, it's not a "good" movie - the story (such as it is) is poorly structured, characters pop in inexplicably to save our main heroes and then disappear again, character development is minimal (to say the least), and some of the action scenes are - again - poorly shot. But I still loved it, and look forward to owning it on Blu-ray.

I was explaining to a friend of mine who loves classic horror films (which, you know, I do too) that the appeal of The Expendables flicks to me was the same as one of those horror flicks where you'd get old Bela Lugosi, Tor Johnson & Lon Chaney Jr. together (The Black Sleep) or Christopher Lee, Peter Cushing, Vincent Price, & John Carradine all in the same movie (House Of Long Shadows), or a Universal monster mash like 1944's House of Frankenstein (which is almost as badly-structured as EX2). It doesn't really matter whether or not the movie is "good" or not, the joy comes from seeing favorite genre icons sharing the screen.

Plus, you know, explosions.

While still in that action flick mood, I thought I'd order the new DVD release of the 1981 South African martial arts movie, Kill And Kill Again, starring James Ryan. I saw this decidedly goofy actioner at the drive-in when I was in High School, paired with its predecessor, Kill Or Be Killed (not available on DVD, unfortunately), and haven't seen it since. And, while I was at Amazon anyway, I succumbed to my weakness for Don "The Dragon" Wilson kickboxer movies, and ordered Blackbelt, which is apparently Don's version of The Bodyguard. With luck, those discs will be here by the weekend.
Posted by Christopher Mills at 11:19 PM 1 comment: 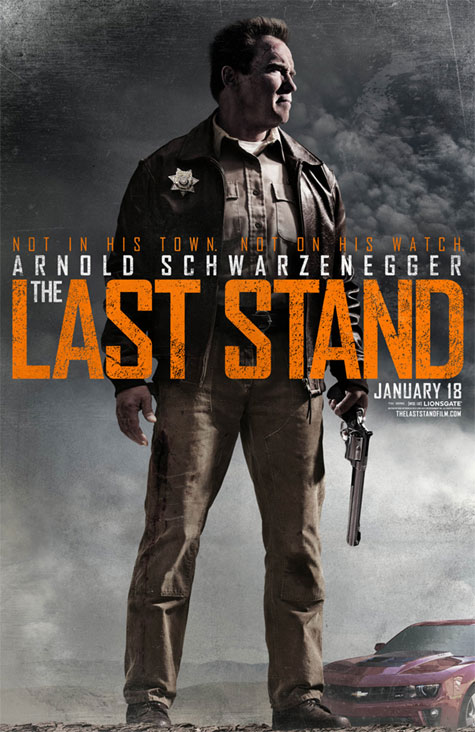 Arnold has wasted no time getting back to cinematic mayhem, first with The Expendables 2 (which, as we all know, I'm dying to see), and now with this potentially terrific little shoot 'em up, The Last Stand. I just watched the trailer over on iTunes, and it looks like it could be a lot of Old School action fun -- with Arnold doing a pretty fair impression of Clint Eastwood! Looking forward to it.

Check it out for yourself: 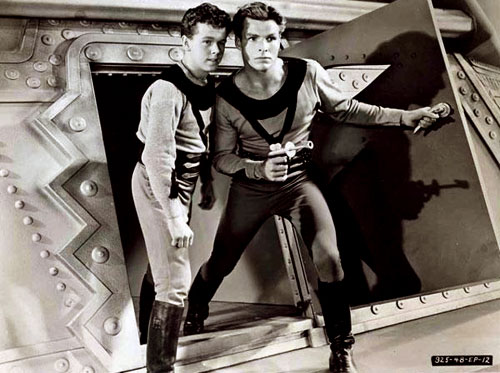 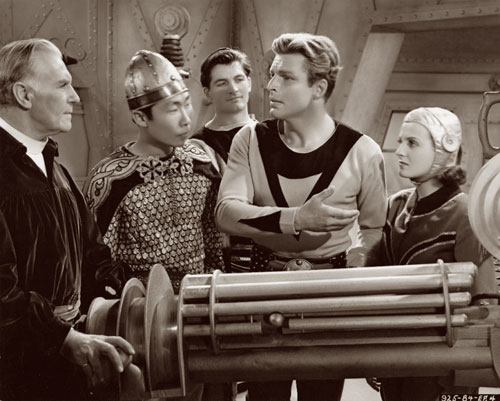 Well, gotta go. I've got a couple chapters to spin before I hit the sack!
Posted by Christopher Mills at 5:19 AM No comments: 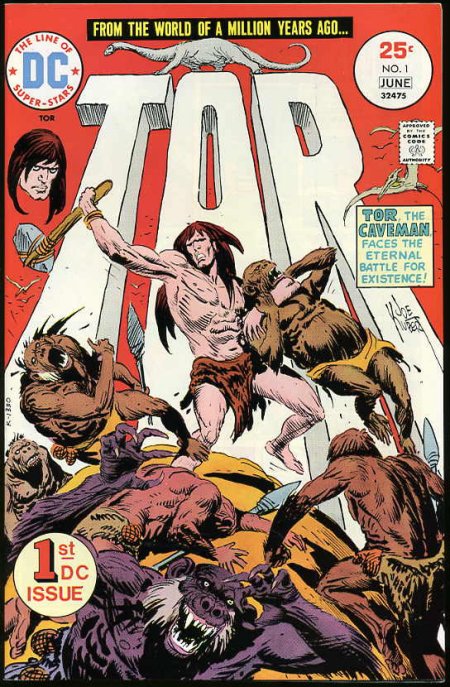 I was saddened late Sunday evening to hear of the passing of my old schoolmaster, Joe Kubert. As a child, some of the first non-funny animal comics I remember buying were his Tor and Tarzan comics from DC. A year or two later, when I first thought I wanted to be a comic book artist myself, I wrote to DC Comics and they sent me a Xeroxed "So You Want To Be A Cartoonist" flyer - written and illustrated by Kubert. 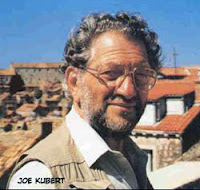 In 1983, I applied to his School Of Cartoon And Graphic Art in Dover, New Jersey and was - surprisingly - accepted. I attended for two years. I learned a great deal from Joe, and not just in the classroom. More than once during my two years at his school he took time to discuss with me personal problems I was having, and I greatly appreciated his genuine concern and honest, heartfelt advice.

Of course, the lessons I did learn in his classes were priceless, and even though I eventually gave up on the dream of drawing comics, I have repeatedly found his teachings on storytelling to be invaluable in my own humble efforts as a writer (and in my brief career as a comic book editor) over the years.

Joe Kubert was an astounding artist and storyteller who contributed so much to the medium. He will be greatly missed by the multitudes who appreciated and enjoyed his work, and my most sincere condolences go out to his family and friends. 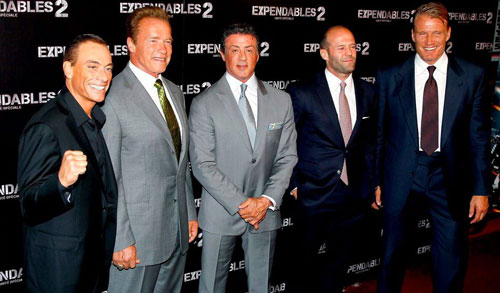 I'm still having a difficult time believing that all of these guys are in the same movie together and that movie will be in theaters a week from today. Here's Jean-Claude Van Damme, Arnold Schwarzenegger, Sylvester Stallone, Jason Statham and Dolph Lundgren at the Paris premiere of The Expendables 2.
Posted by Christopher Mills at 4:45 AM 1 comment:

Yep, it's that time again. Since the last time I desperately begged folks to go check out my DVD Late Show website, I've posted several more reviews, including looks at the 50s crime show, Federal Men, the Blu-ray releases of Barbarella, Invasion Of The Body Snatchers (the original!) and Robert Rodriguez' The Faculty, the teen T&A comedy, Bikini Spring Break, and several new Manufactured-On-Demand releases from Warner Archive: the Crime Does Not Pay short subject collection, Harry O - The Complete First Season, and the sword & sandal epic, Hercules, Samson and Ulysses!

Still on tap for the next week or two are Alien Origin, One In The Chamber, Some Guy That Kills People, and more. Stay tuned!
Posted by Christopher Mills at 3:26 AM No comments:

For the last week or so, I've been posting scans of the racy, goofy, and outright nutty covers to the "Agent 0008" spy novels by Clyde Allison over on my Facebook homepage, where they've been - ahem - warmly received. I thought this one might be a little too "hot" for Facebook, though, so I've chosen to post it here on my blog instead. Enjoy!
Posted by Christopher Mills at 5:58 AM 3 comments: 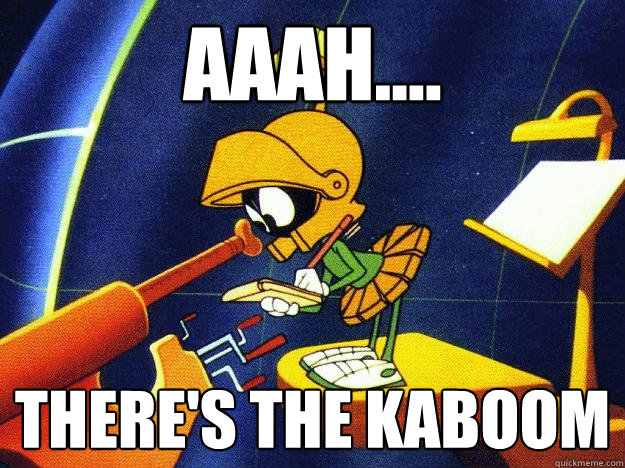 This picture illustrates some of my most recent book purchases. Can you guess what sort of reading mood I've been in lately...?
Posted by Christopher Mills at 5:13 AM No comments: 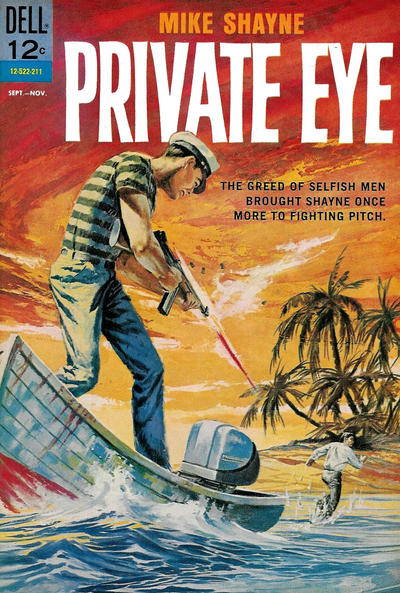 I don't have this issue, and I don't know who painted the cover. I just like it.
Posted by Christopher Mills at 2:29 AM No comments: