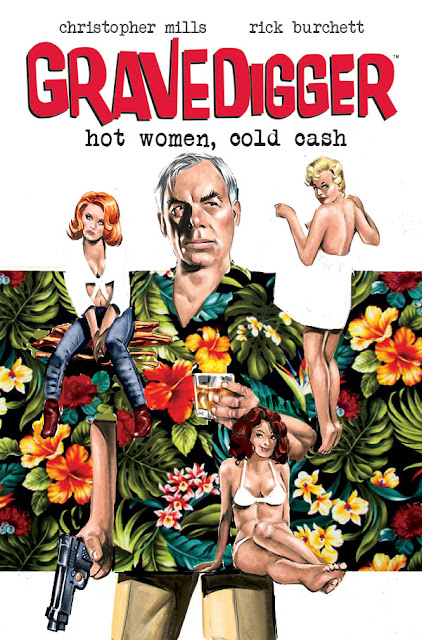 Hey kids! Just a reminder that if you haven't picked it up already, the complete Gravedigger saga (to date), is available as digital editions through comiXology and in a trade paperback collection that can be purchased at your local comic shop (hopefully) or through sites like Amazon and InStockTrades.

No matter where you buy (or already bought) the book from, we'd really appreciate it if you took a few minutes to review Gravedigger on Amazon. We'd really like to produce another adventure, and the more books we sell, the better the chance of a sequel. Reviews are extremely helpful... and sincerely appreciated. Thanks!
Posted by Christopher Mills at 1:31 AM No comments:

For the last couple years, as I've teased Peter Grau's Space Crusaders prelim art, I've promised that I'd share more details about the project once we'd made some significant headway on pages. Well, now that we've got some momentum going, I thought it it was time to reveal a bit more about the project to you folks.

Space Crusaders is the working title of a "double feature" graphic novel that resurrects a couple of space hero characters from the Golden Age of comics.

The artwork I've shown so far is from the first of those two features: a 30-page "novella" called "Menace of the Saurian Sphere," starring Dick Briefer's Rex Dexter Of Mars character, who originally appeared in Mystery Men Comics, beginning in 1939. I've long loved the Mars-born Rex Dexter character (and his Earth girlfriend, Cynde), and thought it would be fun to pay tribute to Briefer with a new Rex adventure. 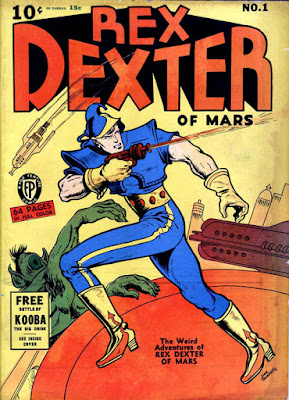 As for the second feature and its Golden Age space ace... well, I'm going to keep that one under wraps a while longer.
Posted by Christopher Mills at 4:29 PM No comments: 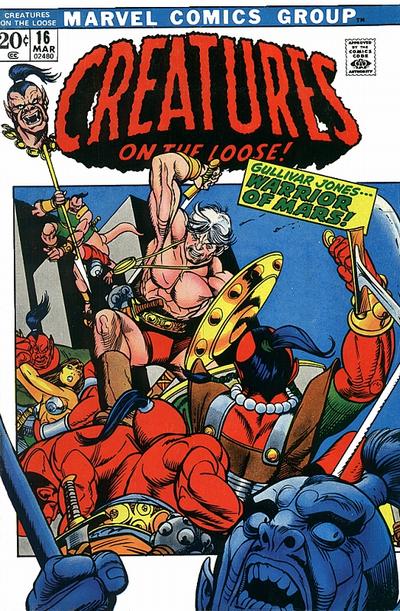 At one point in the 1970s, Marvel Comics, unable to secure the comic book rights to Edgar Rice Burroughs' "John Carter of Mars" stories (which were being published at rival DC), began adapting author Edwin Lester Arnold's 1905 sci-fi novel, Lieut. Gullivar Jones: His Vacation, in the pages of Creatures On The Loose!

Arnold's novel was a precursor to Burroughs' interplanetary fantasies, with a number of story similarities to the first few John Carter adventures. Marvel drafted their top cover artist, the legendary Gil Kane, to play up those similarities, leading to a pretty amazing run of swashbuckling, action-packed cover illustrations.Here are a few of them: 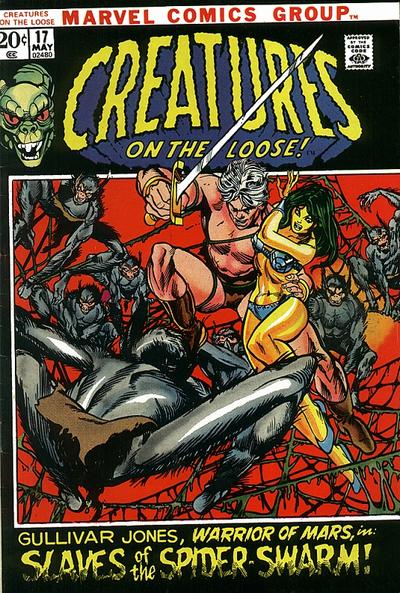 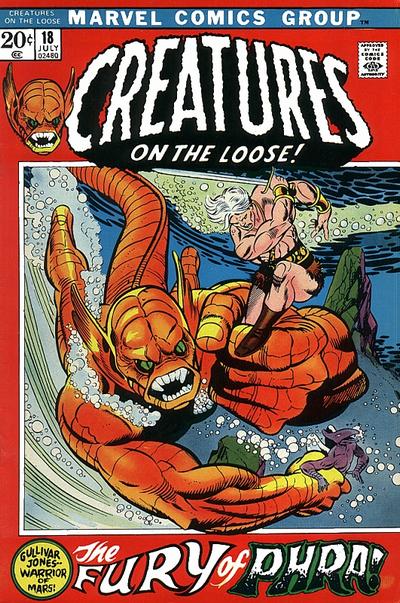 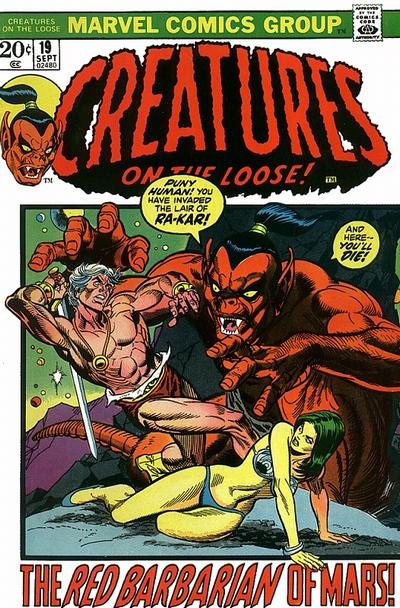 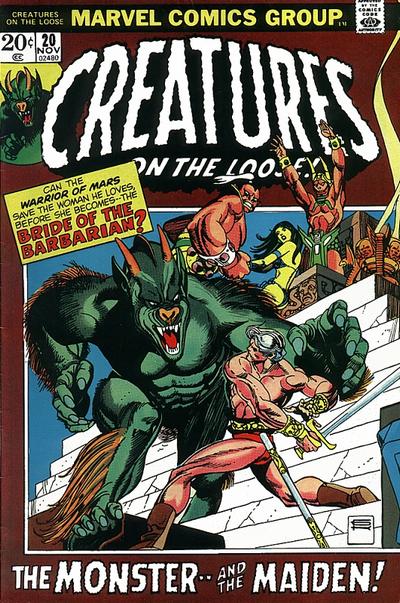 Posted by Christopher Mills at 11:55 AM No comments: