A Decade of Wedded Bliss 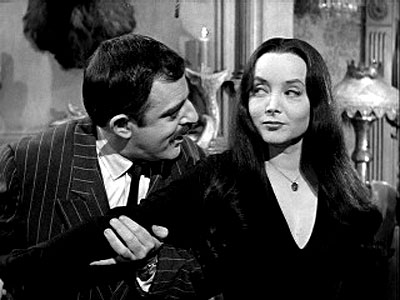 I'm still stunned that Brandi has stood by me for all these years. Truly, she is the only dame who has ever "got" me. Ten years ago, I married my best friend, and she's still here. Who woulda thunk? 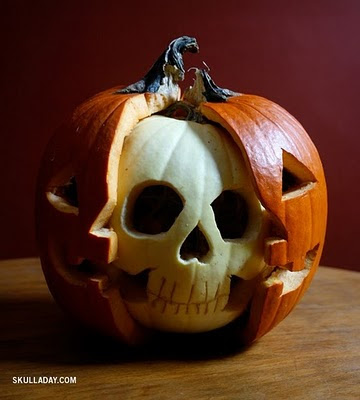 Posted by Christopher Mills at 1:44 AM No comments:

You'll always have a home here....


Happy birthday, Bela, wherever you are....
Posted by Christopher Mills at 3:58 PM No comments: 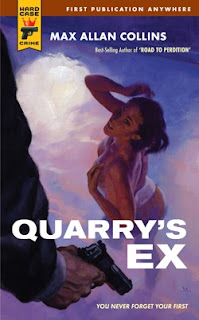 I don't normally run press releases on this blog (in fact, I can't think of any, ever), but as Charles Ardai's Hard Case Crime is a publishing imprint near and dear to my heart, and I've been anxious about its future since Dorchester Publishing closed down its trade division... well, this was good news:

Hard Case Crime has won praise from dozens of major publications ranging from Time, Newsweek and The Atlantic Monthly to Entertainment Weekly, Playboy and Reader’s Digest, and has been featured on CBS Sunday Morning, NPR’s Fresh Air, and in every major newspaper in America (including repeated coverage in the New York Times, Los Angeles Times, Washington Post, and USA Today).

First launched in 2004, Hard Case Crime published 66 titles through August 2010, at which time its long-time publisher, Dorchester Publishing, announced it was exiting the mass market paperback publishing business after nearly 40 years. After receiving offers from five other publishers (including two of the largest in the world) to continue the line, Charles Ardai selected UK-based Titan Publishing as Hard Case Crime’s new home.

“Titan has an extraordinary record of creating beautiful, exciting books with exactly the pop culture sensibility that Hard Case Crime exists to celebrate,” said Charles Ardai, founder and editor of Hard Case Crime and an Edgar Award-winning mystery writer himself. “Titan is one of the few publishers that loves pulp fiction as much as we do.” 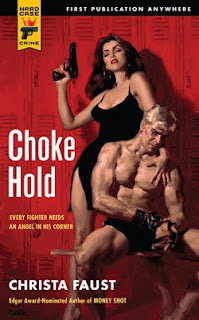 Titan’s first new Hard Case Crime titles, scheduled to come out in September and October 2011, include QUARRY’S EX, a new installment in the popular series of hit man novels by “Road to Perdition” creator Max Allan Collins; CHOKE HOLD, Christa Faust’s sequel to her Edgar Award-nominated Hard Case Crime novel MONEY SHOT; and two never-before-published novels by major authors in the crime genre (both recipients of the Grand Master Award from the Mystery Writers of America).

“Hard Case Crime has done a remarkable job in a very short time of building a brand known for outstanding crime fiction and stunning artwork,” said Nick Landau, Publisher of Titan Books and CEO of the Titan Publishing Group. “We are thrilled to partner with Charles and look forward to bringing Hard Case Crime to a wider audience around the world, not only through the novels themselves but also through an innovative merchandise program.”

About Hard Case Crime
Charles Ardai founded Hard Case Crime in 2004 through Winterfall LLC, a privately owned media company responsible for a variety of print, film, and television projects. The series has been nominated for and/or won numerous awards since its inception including the Edgar, the Shamus, the Anthony, the Barry, and the Spinetingler Award. The series’ bestselling title of all time, The Colorado Kid by Stephen King, was the basis for the current SyFy television series “Haven,” on which Charles Ardai works as a writer and producer. There have also been a number of feature film deals involving Hard Case Crime books, including “The Last Lullaby,” based on The Last Quarry by Max Allan Collins and starring Tom Sizemore as the titular hit man, and more recently Universal Pictures’ purchase of the film rights to Little Girl Lost and Songs of Innocence by Richard Aleas.

About Titan Publishing Group
Titan Publishing Group is an independently owned publishing company, established in 1981. The company is based at offices in London, but operates worldwide, with sales and distribution in the US & Canada being handled by Random House. Titan Publishing Group has three divisions: Titan Books, Titan Magazines/Comics and Titan Merchandise. In addition to fiction, including novelizations of films such as Terminator Salvation, original novels based on TV shows such as Primeval and Supernatural and the popular computer game Runescape, and the celebrated Further Adventures of Sherlock Holmes series of novels launched in 2009, Titan Books also publishes an extensive line of media- and pop culture-related non-fiction, graphic novels, art and music books. 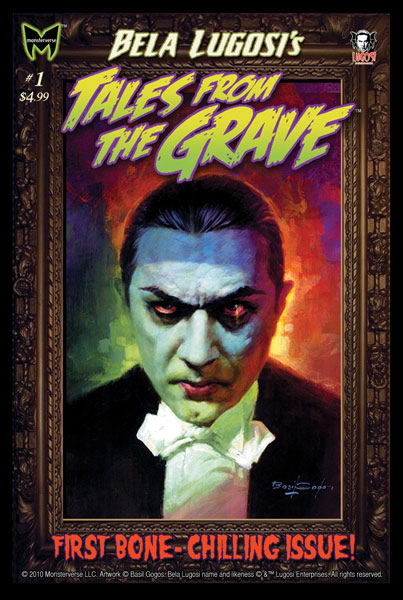 In celebration of the great Bela Lugosi's birthday (he would be 128 today!), this week I present the cover of the first issue of Bela Lugosi's Tales From The Grave, painted by the legendary Basil Gogos, of Famous Monsters fame.

This new comic is on sale this month, and features stories by a slew of talented creators, including my pals Martin Powell and Terry Beatty, among many others.
Posted by Christopher Mills at 1:48 AM 2 comments:

Posting has been somewhat sporadic these last few weeks for various reasons, but I've got three new reviews posted at DVD Late Show today, and hope to have at least three more published before the weekend.

Finally, I've got a review of the Special Collector's Edition of the film that the MYSTERY SCIENCE THEATER crew considered the worst they ever showed - MONSTER A-GO GO!

Other recent reviews include looks at a couple of GAMERA double features, the second season of LEGEND OF THE SEEKER, Dolph Lundgren's latest self-directed action vehicle, THE KILLING MACHINE, the first season of HUMAN TARGET, George Romero's newest zombie film, SURVIVAL OF THE DEAD, and THE RIG, a disappointing creature feature starring (sorta) William Forsythe.

I hope you'll swing by and check 'em out!
Posted by Christopher Mills at 5:04 AM No comments: 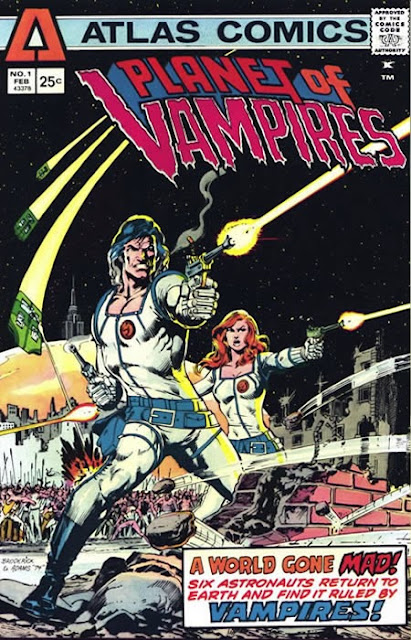 I'm a big fan of the Atlas/Seaboard titles in general, but I especially love Planet of Vampires, a completely unoriginal mash-up of Planet of the Apes and I Am Legend, with a title cribbed from a Mario Bava film, and elements seemingly borrowed from Charlton's Doomsday+1 comic. Four American astronauts - two married couples - return to Earth after a space mission to discover that, in the aftermath of a nuclear war, Earth is now ruled by technological vampires who survive on the blood of human survivors.

The first two issues, written by Larry Hama and illustrated by the astounding team of Pat Broderick and Frank MacLaughlin, are awesome, with lots of post-Apocalyptic action, an incredibly high body count, and a surprisingly grim tone. The third - and final issue - isn't quite as good (like all Atlas titles, the book self-destructed early), but does feature some gorgeous art by the legendary Russ Heath.

This first issue cover was penciled by Broderick and inked by Neal Adams.
Posted by Christopher Mills at 2:32 PM 5 comments:

I always liked the 1969 version of True Grit, starring John Wayne and Kim Darby. This remake by the Coen bros, with Jeff Bridges - one of my favorite living actors - assuming the iconic role of Rooster Cogburn, looks pretty damned good, too.
Posted by Christopher Mills at 2:10 PM 1 comment: 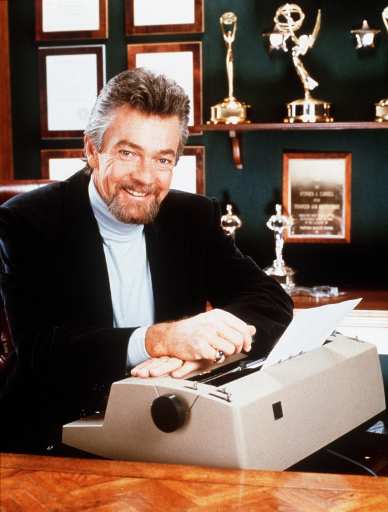 Acclaimed television producer, writer, occasional actor and novelist Stephen J. Cannell passed away yesterday at age 69. Although dyslexic, he was a prolific writer, who started writing scripts for television shows like It Takes A Thief and Adam-12 in the 60s, went on to co-create (with Roy Huggins) The Rockford Files in the 70s, and pretty much ruled the airwaves in the 80s with shows like The A-Team, Greatest American Hero, Hardcastle & McCormick, Riptide, Hunter, Wiseguy, Renegade, 21 Jump Street, Stingray and more. He was also the man behind such fascinating ratings flops like Tenspeed & Brownshoe, Richie Brockleman Private Eye, and City of Angels, all of which were popular with critics if a little ahead of their time for most audiences.

While some snobs may look down their noses at some of his most popular hits (like The A-Team), Cannell was a master of the episodic television format, and his shows always delivered what they promised - and usually to a Mike Post-Pete Carpenter theme.

I don't think you could have grown up as an American male in the 70s and 80s and not be influenced by Cannell. His shows were action-packed, fun, generally smart - and everywhere. I know that my storytelling owes a lot to those countless hours spent in front of the TV watching Jim Rockford and the A-Team. The man understood structure and story, knew what audiences responded to, and insisted on a high level of craftsmanship, no matter what the project. He was a class act.

Rest in Peace, sir.
Posted by Christopher Mills at 1:15 AM 4 comments: