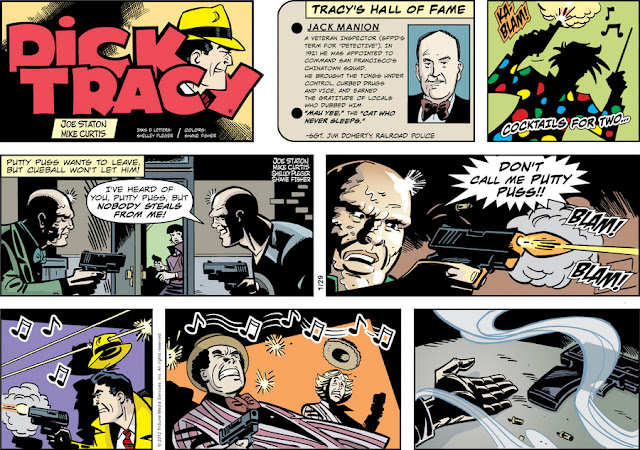 partner-in-crime, Joe Staton, landed the penciling gig on the Dick Tracy newspaper strip, and has continually knocked it out of the park artistically. If you haven't been following it in your paper (assuming there's a paper in your town that carries it) or online, you've really been missing out. 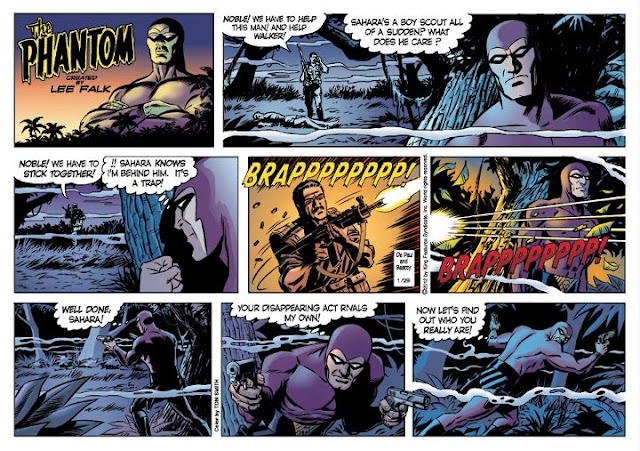 Yesterday another artist pal of mine, Terry Beatty, with whom I worked on the Mickey Spillane's Mike Danger comic book some years ago, took over the art chores on another long-running classic comic strip, The Phantom (Sundays)! The first installment (above) looks beautiful, and I know that Terry (and colorist Tom Smith) are only going to get even better as time goes by.

It's a shame that so few newspapers carry adventure strips these days, but it's good to know that two of the most legendary American comic strips survive in the talented and capable hands of my friends!
Posted by Christopher Mills at 4:09 AM 2 comments:

Weekend Double Feature: The Perfect Match To Set The Screen On Fire! 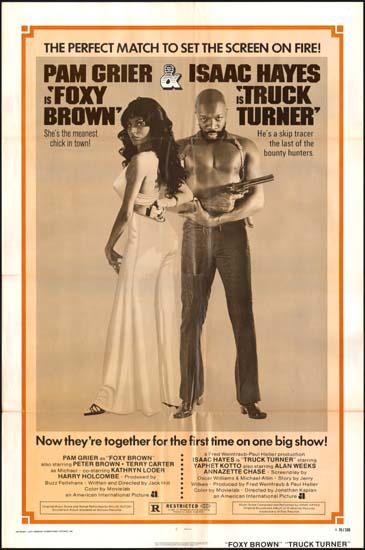 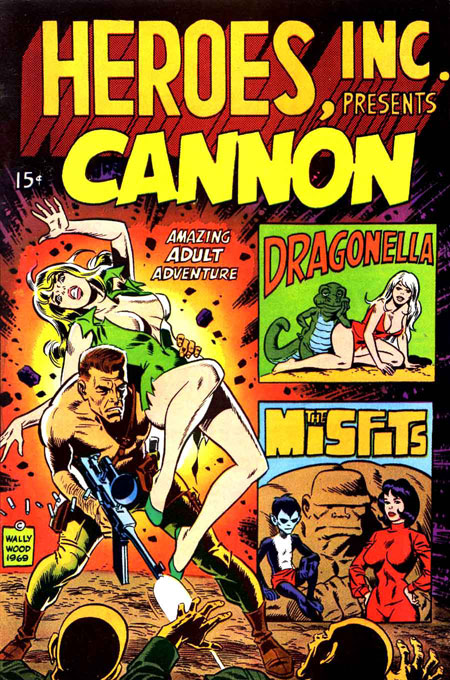 Heroes, Inc. Presents was a 1969 comic book produced by the great Wally Wood to be sold exclusively in military PXs for the entertainment of American G.I.s.

It featured several strips - Cannon, a hard-boiled and violent spy adventure, Dragonella, a comedic T&A fantasy, and The Misfits, a sci-fi/superhero mash-up. It wasn't a success, though a second "issue" was produced in the mid-70s as a fanzine.

I got my copy back in the 80s for a buck or so - apparently the title was way over-printed and under-distributed, so there were a lot of copies floating around for a while. It's a fun comic,
Posted by Christopher Mills at 12:00 AM 1 comment:

King Of The Monsters! 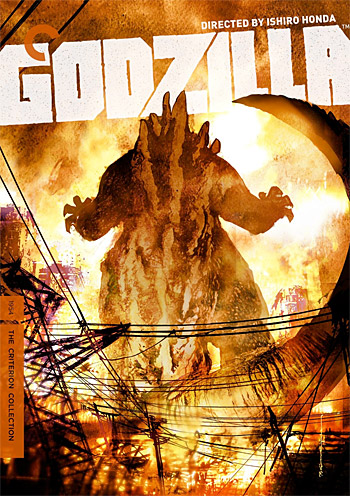 I must admit, that I'm eagerly looking forward to picking up the Criterion Blu-ray release of Gojira/Godzilla (1954) later this week. (Dig that awesome Bill Sienkiewicz cover art!) The advance reviews of this new high-definition, fully-restored and remastered edition of the original Godzilla movie are positively (and radioactively, no doubt) glowing!

By all reports, the image quality of the new Blu-ray is vastly superior to the version that Classic Media released on DVD back in 2006 (and later, on Blu-ray). That edition was the first time that the original Japanese version of the film received an authorized U.S. video release, and I was glad to have it. But, although I figured it was the best we were going to get, considering the age of the movie, it wasn't the greatest looking disc. This new Criterion edition supposedly benefits from an extensive digital restoration... and I can't wait to see it!

It's supposed to go on sale on Tuesday.
Posted by Christopher Mills at 4:03 AM No comments: 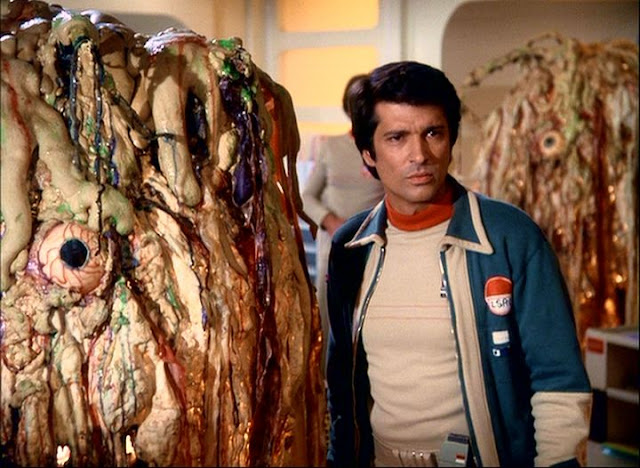 Just a quick note to remind folks about my Space: 1970 site, a 70s nostalgia blog devoted to the sci-fi movies and television shows of the polyester decade. Space: 1999, Battlestar Galactica (the original), Quark, Logan's Run, Star Wars, Buck Rogers In The 25th Century - all of these are covered at Space: 1970, along with many more shows and films.

I've seen a huge increase in traffic over there since New Years, and I've been posting new stuff there almost every day. If you grew up during the 70s - or just have an interest in / fondness for the genre - you should check it out.
Posted by Christopher Mills at 3:53 AM 1 comment: 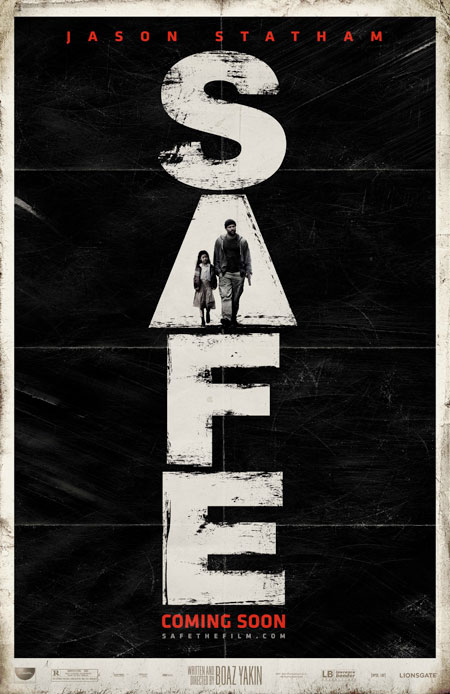 From LionsGate: A second-rate cage fighter on the mixed martial arts circuit, Luke Wright lives a numbing life of routine beatings and chump change...until the day he blows a rigged fight. Wanting to make an example of him, the Russian Mafia murders his family and banishes him from his life forever, leaving Luke to wander the streets of New York destitute, haunted by guilt, and tormented by the knowledge that he will always be watched, and anyone he develops a relationship with will also be killed.

But when he witnesses a frightened twelve-year-old Chinese girl, Mei, being pursued by the same gangsters who killed his wife, Luke impulsively jumps to action...and straight into the heart of a deadly high-stakes war. Mei, he discovers, is no ordinary girl, but an orphaned math prodigy forced to work for the Triads as a "counter." He discovers she holds in her memory a priceless numerical code that the Triads, the Russian mob and a corrupt faction of the NYPD will kill for.

Realizing he's the only person Mei can trust, Luke tears a swath through the city's brutal underworld to save an innocent girl's life...and perhaps even redeem his own.

Rockin' With The Green Slime

I love this movie. And this song.
Posted by Christopher Mills at 3:14 AM 2 comments: 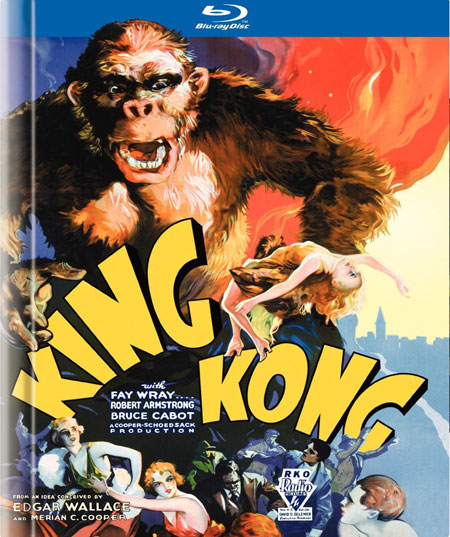 A couple of nights ago, I picked up the original King Kong on Blu-ray. Warners did an astounding job on the transfer, which appears to be derived from the same source used on the 2005 DVD, but further tweaked for high definition. I don't know how many times I've seen this film, but watching it again the other night on the 55" HDTV was almost like seeing it for the first time. It was a wonderful experience, and on the big screen TV, I noticed a multitude of details that I never really saw before.

I've owned the movie on VHS and on laserdisc (the 90s Criterion edition) and on DVD. It is, without question, one of my top ten favorite films of all time. I am so pleased to be able to have it on my shelf in this format. I'm also glad that Warner Home Video included all of the supplemental material from the 2005 DVD, particularly the exhaustive retrospective documentary produced by Peter Jackson.
Posted by Christopher Mills at 4:30 AM 1 comment:

Wednesday Cover: THE BLONDE IN SUITE 14 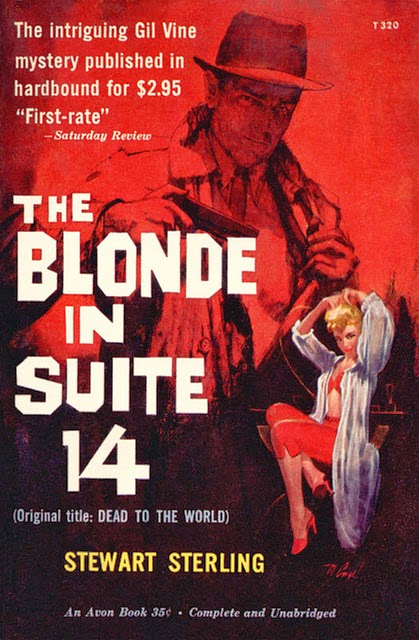