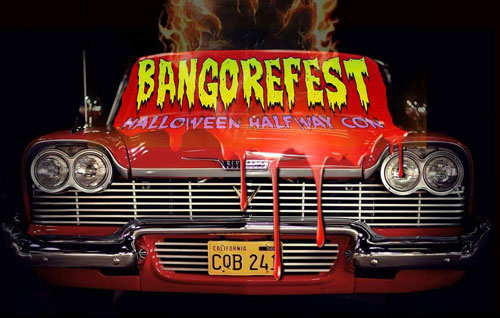 This weekend, I'll be attending my second convention in less than a week: Bangorefest in Bangor, Maine. Well, technically, it's in Orono at the University of Maine's New Balance Field House, October  28 through the 30th. I'll be there on Saturday and Sunday, hawking my various comics and hopefully, scoring an autographed Twiki photo from Felix Silla.

The horror-themed show will host a slew of actors and other genre celebrities, including most of the cast of John Carpenter's 1983 film adaptation of Stephen King's Christine. Hell, even the car will be there.

If you're in Central Maine this weekend, I hope you'll stop by.
Posted by Christopher Mills at 10:58 PM