31 Days Has October: WEREWOLF OF LONDON 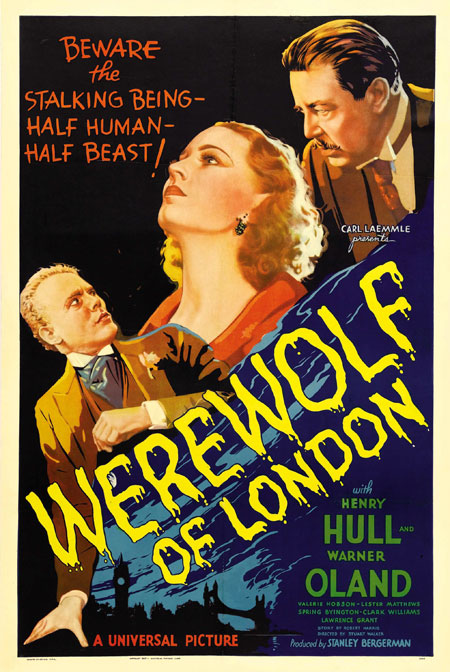 The second night of werewolf week was spent with Universal Studios' first lycanthropic effort, 1935's Werewolf Of London, starring Henry Hull, Warner Oland and Valerie Hobson. It's not a great movie - Hull's cold Dr. Glendon is a remarkably unsympathetic protagonist, and the melodramatic plot hasn't much bite - but I very much like Jack Pierce's design for Hull's hairy alter ego. It's quite different from the one he would design for Lon Chaney Jr. in The Wolf Man, six years later: 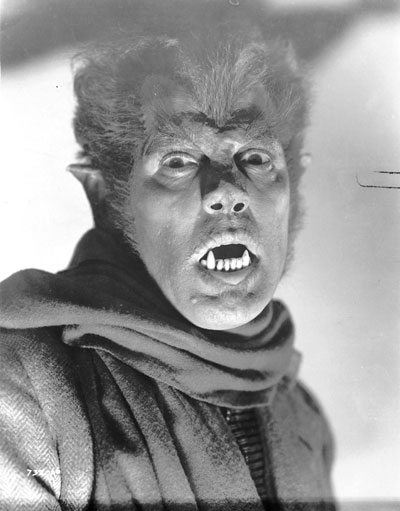 While more man than wolf, I definitely think it's scarier than the more famous Wolf Man make-up.
Posted by Christopher Mills at 12:22 AM