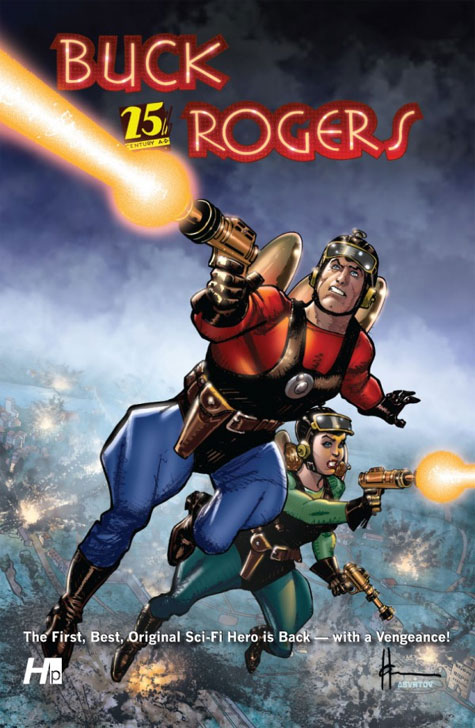 Well, I know absolutely nothing about this new, forthcoming comic book incarnation of Buck Rogers except that writer/artist Howard Chaykin is involved, and that this Chaykin-drawn poster made its debut at Comic-Con this past week.

From the outfits, it looks like the project is going to harken back more to the original 30s comic strip than the recent Dynamite Comics series did -- which is a good thing in my book. It's been a long time since I had much interest in any new comics (even ones based on favorite characters, like Buck), but I used to be quite the Chaykin fan, so.... color me intrigued.

I look forward to hearing/seeing more... hell, I even broke down and bought the first Dynamite Buck Rogers trade, eventually.
Posted by Christopher Mills at 3:39 AM