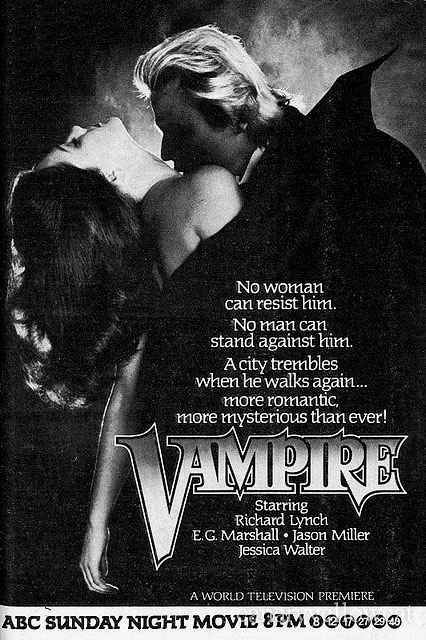 Sad news tonight. I've just heard that the great Richard Lynch (or, as my wife called him, "Cat-Man"), the iconic face and velvet voice of villainy in more than a hundred TV shows and movies, has passed away at age 76. 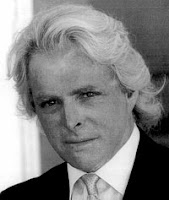 With his unique looks (in part attributable to a bad LSD trip which resulted in the actor setting himself on fire!) and sinisterly silky voice, the Brooklyn-born actor was the go-to bad guy for television and B-movie producers for decades.

He appeared in so many of my favorite television shows and exploitation films: Battlestar Galactica, Buck Rogers In The 25th Century, The Sword & The Sorcerer, Invasion USA, Deathsport, Trancers II, Puppet Master III, The A-Team, God Told Me To, Star Trek - The Next Generation, A Man Called Sloane, The Fall Guy, and, perhaps most memorably (at least for me), the terrific 1979 TV movie/pilot film, Vampire, which gave him one of his few leading roles.

They don't make character actors like Lynch, anymore, and we movie buffs are all the poorer for it. Rest in Peace, sir.
Posted by Christopher Mills at 1:57 AM

I'm sorry to hear this. I do indeed remember him fondly as a villain.

Lynch made quite the tasty villain. I remember his turn in Invasion USA with Chuck Norris, a movie tailor-built for maximum scene-chewing. Lynch could chew with the best of them.

Invasion U.S.A. is a definite favorite! :)

This is just depressing. I agree that guys like him a few and far between, and getting fewer.