Into The Wild "Blu" Yonder 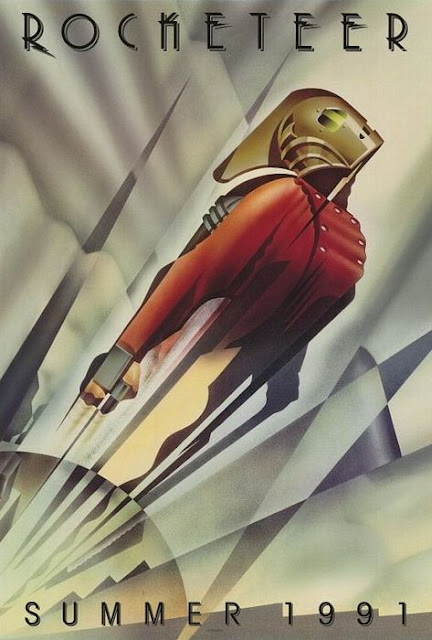 I am pleased to discover that one of my favorite adventure films, Joe Johnston's 1991 adaptation of the late Dave Stevens' The Rocketeer, is coming to Blu-ray disc in December. 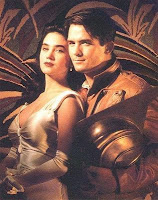 I'm guessing that I have the success of Johnston's other World War II-era comic book movie, Captain America: The First Avenger to thank for Disney actually making the effort to prepare and release a high-definition version of The Rocketeer. It certainly wasn't a big hit for the studio in '91 - like pretty much every other period comic-based movie of the 90s (i.e. Dick Tracy, The Phantom - which I think is somewhat better than its reputation - and The Shadow - which was really rather bad, actually), it pretty much bombed at the box-office. But it is a charming film, well-cast, and extremely faithful to the spirit - if not the letter - of Steven's comic book stories, and I'm excited to see it released on Blu-ray. 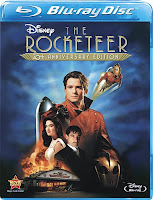 I won't lie - nor apologize for it: I'm now addicted to high-def. I friggin' love my Blu-ray player and our big TV, and am dismayed at how poor many of my older, standard-def DVDs look on that screen. Newer DVDs look fine, but a lot of titles from the early years of the format - like the DVD of The Rocketeer, for instance - look really soft and fuzzy.

Obviously, I cannot afford to upgrade all of my old DVDs to Blu-ray (and, really, most of them will probably never even be offered in HD), but The Rocketeer is one that I will definitely be picking up again.

I liked the Rocketeer a lot and have watched it several times. Jennifer connoly in that white silk dress. Wow!