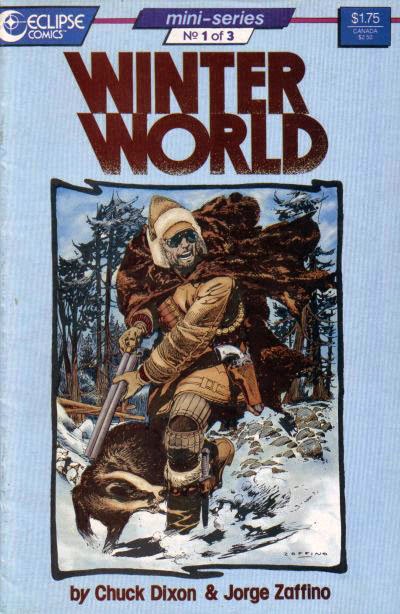 Winterworld was a 3-issue miniseries by Chuck Dixon and artist Jorge Zaffino, originally published in 1987 by Eclipse Comics. A post-Apocalyptic tale of survival, set in an unspecified future where the world is covered in ice and snow, the series featured some pretty savage action and brutal storytelling by Dixon & Zaffino.

The original miniseries - along with a previously unpublished sequel, Wintersea, by the same creative team, was recently published in trade paperback form by IDW Publishing, and Dixon has followed  that collection with a new, ongoing Winterworld comic book series. I've only read the first issue, but it was terrific, and I wouldn't hesitate to highly recommend both the trade collection and the new series to fans of hard-hitting action and adventure tales.

Here are the original Eclipse miniseries covers by Zaffino. 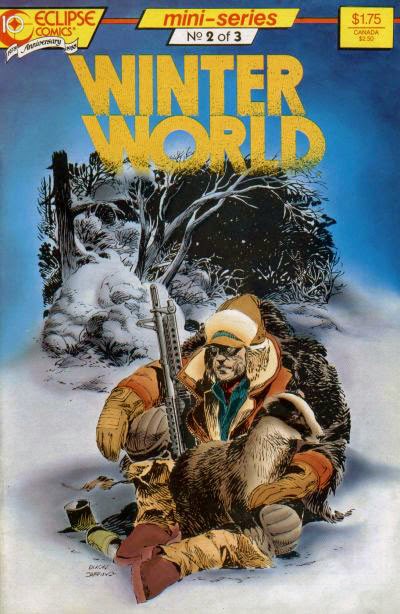 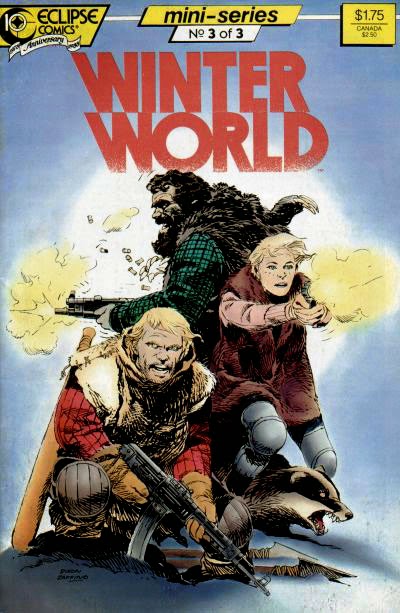 Posted by Christopher Mills at 12:00 AM