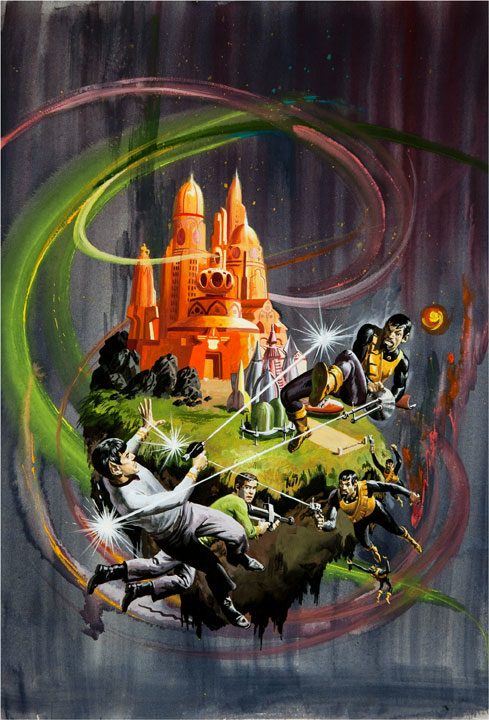 I recently came across a bunch of scans of George Wilson artwork for Gold Key comics. Wilson was a highly prolific illustrator who was Gold Key's go-to guy for cover art. He produced hundreds of cover paintings - for comics, paperbacks and magazines - in his long career, and every single one of them was exceptional. 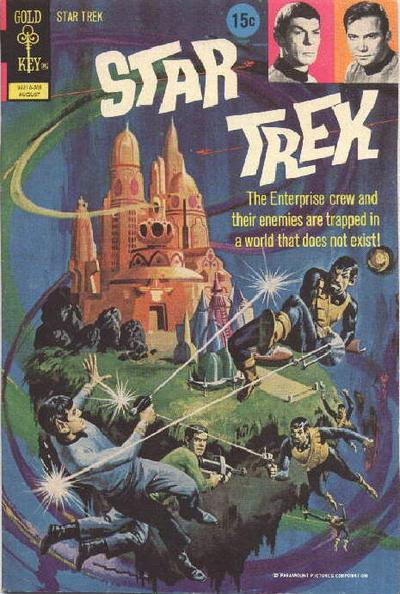 The scans, which I've been posting occasionally on my Facebook page, included original art for titles like Tarzan, Space Family Robinson, Magnus, Dark Shadows, Turok, Time Tunnel, Twilight Zone, Boris Karloff, and Doctor Solar. Among them was this painting for Issue #15 of the company's Star Trek comic book.
Posted by Christopher Mills at 12:19 PM

I've got a couple of these Star Trek Comics. I really like this art.