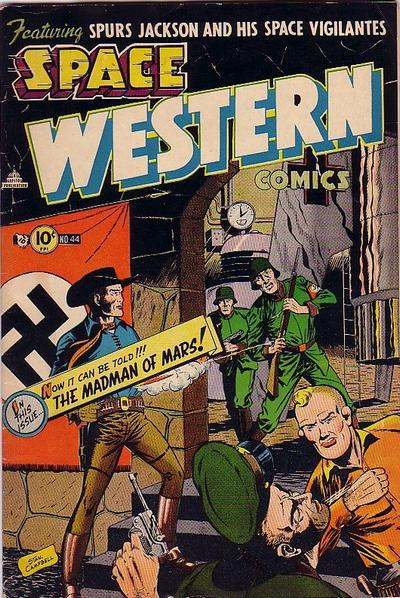 Two great tastes that taste great together - Charlton Comics' 1952 Space Western! This book ran six issues and featured Spurs Jackson and His Space Vigilantes, who battled alien invaders, Commies and Nazis (in space)! And that's all I know - except that these covers were drawn by Stan Campbell - because I've never read an issue! Looks like fun, though! 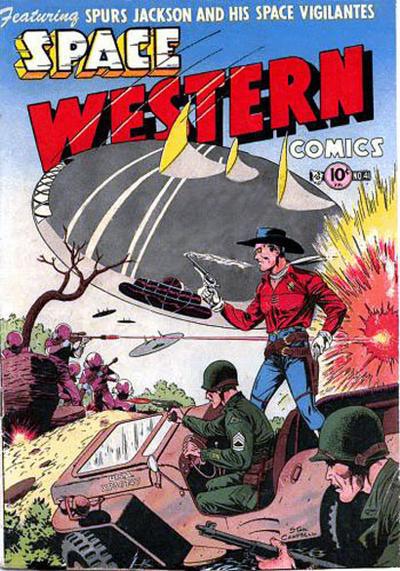 I'm going to have to check out the public domain comics archive, Comic Book Plus, and see if I can read some of these Spurs Jackson adventures...
Posted by Christopher Mills at 3:24 PM